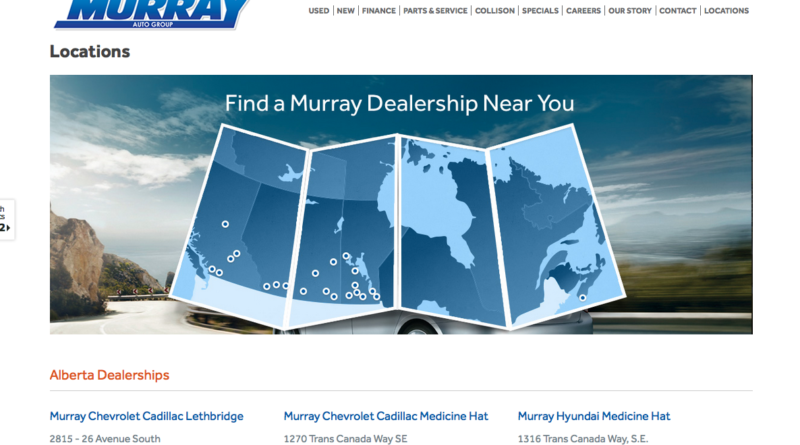 STRATHMORE, ALTA. – The Murray Auto Group is celebrating its 90th anniversary in 2016.

Now one of Canada’s largest and oldest auto groups, the company was founded in 1926 by Andy Murray in Souris in southwestern Manitoba. In 1934, Murray became a General Motors franchisee. In the 1960, the Murray family opened a dealership in Brandon under the leadership of Andy’s son and successor, Clair. In the mid-1980s, the family began its expansion beyond Brandon and, today, the Murray Auto Group numbers about 30 dealerships.

While most are based in western Canada, the company also owns a GM store in Yarmouth, Nova Scotia, with a satellite store in Barrington, Nova Scotia.

The Murray Auto Group is not one to rest on its laurels. The Murray Family is in the process of building a new Chrysler dealership in Strathmore, Alberta, and Paul Murray will be leaving Medicine Hat to run the new operation.

For most of its history, the Murray Auto Group has consisted only of GM stores. In recent years, the Murrays have begun to diversify, adding Chrysler, Honda, Hyundai and Kia stores to the portfolio.

Strathmore is a community of about 12,000 located 50 km east of Calgary. Paul reports that the city has General Motors and Ford stores – but the former Chrysler store shut down some years ago.

Construction began on the new 18,000-square foot Murray Chrysler Strathmore last October and is scheduled to be open for business in mid-August. The store – on 10 acres off the TransCanada Highway at the western entrance to Strathmore – will have a four-car showroom and 12 service bays. One of the features of the new building, Murray notes, will be grates in the floor in the service drive-thru to catch mud and snow falling off the incoming vehicles, thereby making easier to keep the service area clean.

Murray estimates that the new store will initially stock about 200 news and used vehicles and have a staff of about 30, including two of Murray’s four daughters. His daughters Logan and Madi were part of the sales team at the Medicine Hat store and have shown themselves to be sales stars. Logan was the top selling sales rep at the store in May and Madi led in sales in February. Both will be members of the sales staff in Strathmore.

(Paul notes that his other two daughters, Kelly and Eden, who are both attending university, also have been involved in auto sales.)

“The Dodge Ram is the top selling truck in Alberta,” he says. “The Ram is the cowboy’s favourite truck and southern Alberta is cowboy country.”

To replace Paul Murray at Murray Chev Cadillac in Medicine Hat, the Murray Group is turning to long time Murray Hyundai Winnipeg General Manager Damian Mannion. Over the years, as the Murray Auto Group has added new stores, the company has developed a policy of looking for managing partners from within the group.

“This move is the realization of a lifelong dream,” says Mannion, who has been with the group in Winnipeg for 20 years and has headed Murray Hyundai since it first opened nine years ago.

“I am really excited about going to Medicine Hat.”

Mannion will be assuming his new role as of August 1.

Richard Eccleston, who has been Murray Chevrolet Winnipeg’s financial services manager for almost 20 years, has been tapped to fill Mannion’s shoes at Murray Hyundai.

“I am very excited about this opportunity,” says the transplanted Scotsman. “I am looking forward to the next chapter in my career with the Murray Auto Group.” 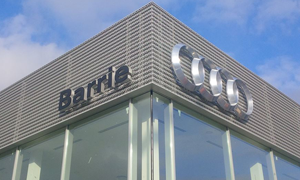 June 21, 2012 The Premier Publications Team Comments Off on The 'new' TADA golf tournament a success