Considered the dealer event of the year, the convention includes franchise meetings, educational workshops, networking events and hundreds of exhibitors on the expo floor.

Early indicators for the next installment of the “world's largest international gathering of franchised new-vehicle dealers” show attendance will be strong in 2014.

“Dealers and their managers planning to attend the 2014 NADA Convention and Expo in New Orleans should register as soon as possible and book one of the few remaining hotel rooms,” NADA press rep Charles Cyrill said.

As of mid-November, 33 out of 36 hotels in the NADA convention block were sold out.

“With numerous conferences and events scheduled in New Orleans over the same dates as the NADA convention, hotel rooms are filling up quickly and there's limited space,” Roberts added. “NADA's hotel rates are guaranteed to be the lowest in town.”

As with previous years, the convention offers dealers a chance to meet face-to-face with executives of major auto manufacturers. A full slate of dealer meetings are again scheduled for 2014.

Canadian registrations make up the largest portion of the international presence. According to NADA reps, the 2012 show in Las Vegas drew 783 Canadians. The San Francisco show in 2011 drew 515.

Attendance for the 2013 show in Orlando was lower largely due to a massive winter storm that grounded flights at Toronto’s Pearson Airport just hours before opening day.

Terri Collins, manager of budget, administration and convention services at NADA said there were 190 Canadians registered for the convention as of mid-November.

That number is expected to grow considerably through the end of December.

To help attendees maximize their time, NADA has launched its myNADAplanner – a free online tool for planning, scheduling and networking.

Cyrill said attendees could schedule workshops and meetings with exhibitors before, during and after the convention, search for products and services on the expo floor and create a personalized, printable floor plan map.

The NADA convention mobile app will be available in December and works seamlessly with myNADAplanner.

Search for “NADA 2014” in the App Store or Android Marketplace to download the app.

In addition to the workshops and exhibit floor, attendees will also have the chance to hear from three keynote addresses over the four-day event.

J.R. Martinez, an injured Army veteran and winner of the 13th season of ABC's Dancing with the Stars, will provide an inspirational address on Jan. 26. 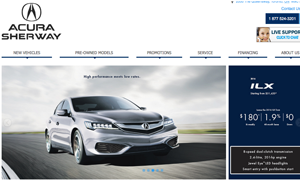 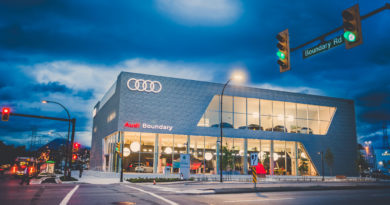