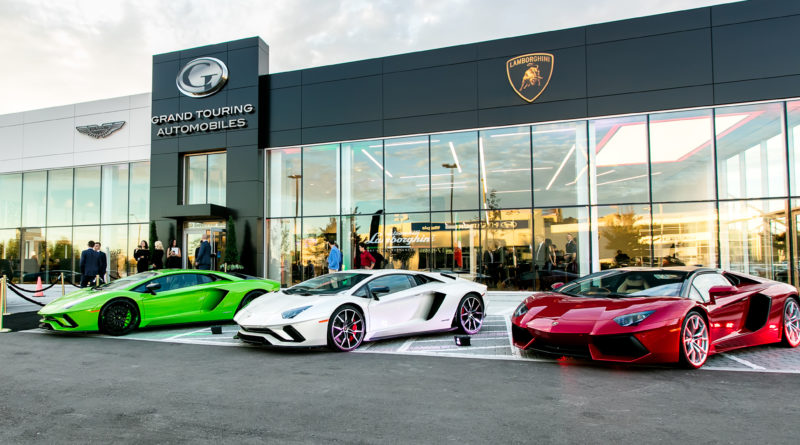 VAUGHAN, ONT. – Grand Touring Automobiles added another jewel in its retail crown recently with the opening of the brand new home of Lamborghini Uptown Toronto.

The new store also comes just five years after the group had opened the first location for Lamborghini Uptown Toronto just around the corner.

According to Cummings, starting from a clean sheet of paper in 2012 at the first store was an advantage. Even though Grand Touring has been selling the Lamborghini brand for years out of its Toronto location, the new dealership didn’t even have a list of existing Lamborghini owners in the area when it started.

“It gave us a chance to both imagine how a successful, contemporary Lamborghini store would look and feel, and to execute that vision without the legacy of out-of-date facilities and business practices,” he said. “There was nothing standing in the way of creating a dealership reflective of our market, but true to the brand’s promise.”

Cummings said the plan called for heavy investment in facilities, pre-launch awareness and building a solid team. Even with no available cars to sell for the first six months, he said the team still courted current and potential buyers, which has paved the way for the new store.

Lamborghini Uptown Toronto now ranks as one of the top three Lamborghini dealerships in North America.

It has been a busy year for the team at Grand Touring. In addition to the new home for Lamborghini just north of the city, they have been working for over a year on the new location for the flagship Toronto store.

When completed later this year, the multi-story retail and service facility promises to be one of the most impressive dealerships in the world. The 141,000-square foot facility will retail Jaguar, Land Rover, Aston Martin, Bentley, Bugatti, Lamborghini and Rolls-Royce.