As of the end of June, Saskatchewan has two new import dealerships.

The most recent to open is Royal Honda in Yorkton, the first Honda store in the area and the first new dealership to open in Yorkton in at least the past ten years.

Ortynsky opened Royal Honda in a new building next door to the new facility he is building for Royal Ford. The 14,500-square foot Honda store will have room in the showroom for seven vehicles. There will also be a six-bay service area in the rear.

The new 36,000-square foot Ford store – which is scheduled to be ready in November – replaces the current 16,500-square foot facility building and a 9,500-square foot body shop. The new store will have a 10-vehicle showroom and 18 service bays including an integrated body shop.

Ortynsky reports that the Yorkton area in northeast Saskatchewan is the third largest trading area in Saskatchewan after Saskatoon and Regina.

The Knight Family acquired the former Great West Chrysler a year ago January and relocated the business to a new building elsewhere in town.

“We are still renovating our old Dodge Chrysler building,” says Colin Johnston, Knight Nissan’s general sales manager.  “We hope it will be ready by the fall.”

He reports that on completion, Knight Nissan will have room for five or six vehicles in the showroom and have four or five service bays in the back.

Swift Current used to have a Nissan dealer about 40 years ago. With Knight Nissan, Johnston notes, Nissan has made a return to the southwestern Saskatchewan community.

“Even though we are not in our building yet, we don’t have our signage up yet and we have done only minimal marketing, we are doing very well,” Johnston says.  “We sold one-quarter of our inventory in our first month in operation.”

The dealership will be stocking around 50 new models and 30 used at any given time.

In other Saskatchewan dealer news, Glen and Brenda Ochs have sold their General Motors dealership in Melville to Doug Arnett (who also owns Yorkton Dodge) and Greg Vaughn. The deal became official on April 16.

Vaughn, dealer principal and managing partner for the renamed Melville Chevrolet, reports that the dealership is undergoing an upgrade to conform to the GM’s latest image standard. The dealership stocks around 300 new and used vehicles.

“We are putting in place new processes which, we anticipate, will help grow the business,” Vaughn says.  “We also intend to become more involved in the community.”

The dealership was owned by Glen and Brenda Ochs for 27 years. They also operate Ochs Motor Sports in Yorkton. 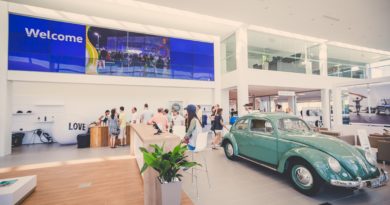 Revisiting the dealership workplace environment in the #MeToo era of accountability

February 6, 2018 Jackson Hayes Comments Off on Revisiting the dealership workplace environment in the #MeToo era of accountability 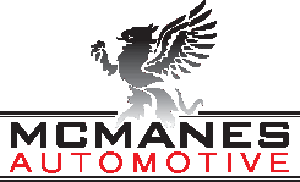