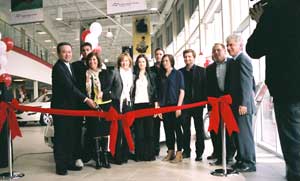 Today, the family operates two Honda stores and an Acura dealership in Edmonton.

On March 9, daughter Lynda held a grand opening for the new incarnation of Yellowhead Honda. The dealership moved to a new building and location and was renamed Pointe West Honda — a store that offers single-stop shopping for every product the Japanese automaker manufactures from cars to lawnmowers.

“The relationship between Honda Canada and the Yachimec family goes back decades,” Manabu Nishimae, Honda Canada president, told the crowd gathered for the grand opening. “It’s a highly successful relationship that grew to include Alberta Honda and West Side Acura.”

“The new name sends the message that everything is new and fresh,” he said. “The dealership continues to grow from strength to strength.”

Nishiamae presented Yachimec with a helmet that was worn by the shoguns in Japan in the 15 th century. He said it shows the fighting spirit that’s reflected in this dealership.

Pointe West helps in “making Honda a strong brand in Edmonton,” he said.

The Honda Powerhouse dealership is the second in the Edmonton area to offer the full Honda lineup — the other is Sherwood Honda in nearby Sherwood Park.

Besides the lengthy showroom that occupies most of the structure’s street side, the 84,000 square foot building includes a 10-vehicle service drive through, 15-vehicle area to deliver cars and trucks to buyers, drop-off area for ATVs and motorcycles, separate service areas for cars and motorcycles, a full-service café, a clothing and equipment boutique for motorcycle and ATV riders, a separate area for car-related clothing and accessories, a spa, a lounge for Honda owners and an automatic car wash. The quick lube service can perform an oil change in eight minutes.

“I don’t remember seeing anything like this in Canada,” Nishimae said.

Yachimec said she had a dream for many years of a Honda dealership that would be outside the box.

In addition to other innovative features, the dealership’s carbon footprint has been reduced by burning used oil to provide hot water for the in-floor heating system. Natural gas backup is available when there isn’t enough used oil available.

Dealerships operated by Lynda and her brother Bart set the standard for appearance, features and the use of high quality materials on both the interior and exterior of the buildings.

When the new dealership was planned in a hot Alberta economy, Yachimec didn’t expect the current downturn. But she said she’s confident the dealership will succeed through the efforts of its staff.

In the last decade, Edmonton and area new car dealers have spent more than $100 million on new buildings or to renovate existing stores. 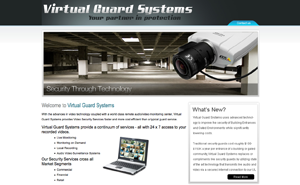 VirtualGuard aims to put security guards, guard dogs and patrols out of work

May 29, 2014 The Premier Publications Team Comments Off on VirtualGuard aims to put security guards, guard dogs and patrols out of work 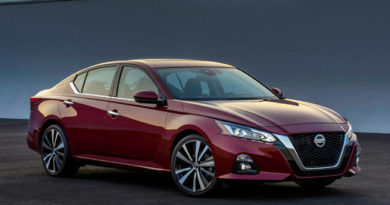 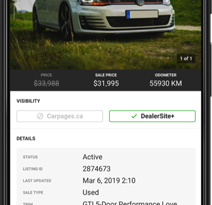