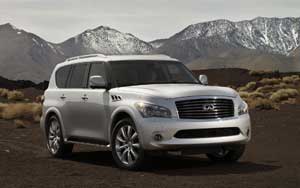 Infiniti dropped the curtain on the 2011 QX this week at the New York International Auto Show.

“We're excited to be here in New York for the global debut of the Infiniti QX, a world-class vehicle that spotlights Infiniti's inspired design, performance, technology and craftsmanship,” said Wendy Durward of Infiniti Canada.

Under the hood is a 400-horsepower, 5.6-L V8 engine with Infiniti's Variable Valve Event and Lift, Direct Injection Gasoline system.

In a first for Infiniti, the new QX has an optional Hydraulic Body Motion Control system that assists in reducing body lean while turning.

Another new feature includes the available Blind Spot Warning system. The system illuminates an indicator light if another vehicle is detected in the driver’s blind spot.  If the turn signal is activated, the indicator flashes and an audible warning sounds.

Look for the full-size SUV to hit showrooms nationwide sometime this summer. 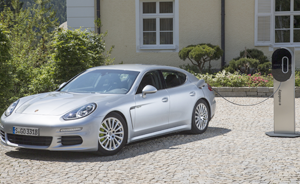