NewRoads president Michael Croxon says that amongst all the recent closures, he had the “faith” in General Motors to open a new point because of the bright opportunity on the automaker’s horizon.

“Let’s be honest, General Motors still has one of the highest market shares in the country despite their recent decline, there was no longer GM representation in Newmarket and it is a great area to do business in,” he said.

The 30,000 square foot facility has been renovated and includes 17 service bays.

Croxon, who also owns Kia, Subaru and BMW franchises in the area, signed the winddown agreement last year when GM chose to terminate his Pontiac franchise in nearby Richmond Hill.

With the opening of his new store, the auto group’s fifth point, he says new store will expand in the next few years to “do justice” to the Cadillac and Buick brands. 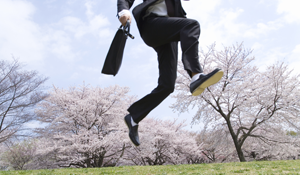 April 16, 2015 The Premier Publications Team Comments Off on The spring market