When it comes to inventory management, there have been some “pretty dramatic” changes at Nissan Canada in the last 18 months, said Jeff Parent, NCI’s V-P sales and marketing.

He explained that most companies order their dealers’ best sellers.

“That seems eminently sensible. If I sell 10 of a certain model, I ought to order 10 more. But it’s really not what you sell a lot of, but what you sell fast that matters,” Parent says. “If it took you 180 days to sell those 10, it’s not a very good use of your cash because of the financing charges.”

And these days, using cash wisely is crucial to the success of a dealership.

Nissan Canada took a long look at the notion of ordering best sellers and found it wanting, he said. Volume sellers often sold in volume because they had the most incentives on their hoods.

And then there are other costs: cars that hang around for over 60 days need more upkeep and repairs, for example.

“Eighteen months ago, we started looking at sales velocity as the determining factor about vehicle ordering and the result is that our speed-of-sales rates have gone down — way down — from 80 to 90 days to 50.”

Now, the emphasis at Nissan is on speed — from the ship to the driveway. But picking the speediest is a lot harder than it sounds. Parent and his staff pour over monthly sales records, looking for the jackrabbits, and the turtles.

Knowing exactly what the fast sellers are down to the trim level has other benefits, he says.

“Before we would put incentives on all Altimas, for example; now, we put them on a certain trim level so that we can get rid of the slow sellers and buy the ones that sell more quickly.”

The next change was more “painful” at least from the automaker’s point of view. NCI cut back on its orders. In the past, orders were based on what NCI thought it could sell. That was fine, he says, at certain times in the year, and when times were good, but not at other times.

“Dealers come running in the summertime when sales are up, but not in the wintertime,” he says. “If you have too many cars, you have to jam them down dealers’ throats, and that’s not a good system, especially in times like these.”

So the system changed: “Now, if the dealer doesn’t order it, we don’t build it.”

And just in time. With money scarce, he says, banks are taking a fine tooth comb to dealers’ books to make sure they aren’t taking on excess risk.

Like many other automakers, the first three quarters of ’08 were record makers. So good, in fact, that NCI and its dealers could have sold a “couple thousand more.” Yet, when the industry “swooned” in that nightmarish last quarter, he said, NCI “held its own.”
Parent credits the new inventory management system.

“We are affected by the dip in sales and the economy, but the decisions we made in regards to inventory management … helped us weather the storm and will help our (dealer) network tremendously.” 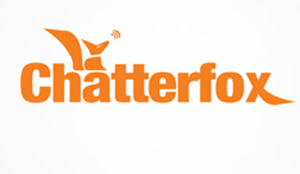