The Rogue has been given an “upgraded look” both inside and out, the automaker says.

The new model is offered in three trim levels - S, SV and SL (SL available in AWD only) and scheduled to hit the Canadian market at Nissan dealers nationwide this September.

“By adding a third model and some great new options this year, Rogue can now be customized to suit any driver’s interests.”

There was no word on pricing yet. 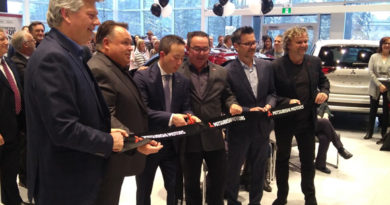