The results, released in the latest issue of OMVIC’s Dealer Standard release, were called “disappointing” and revealed areas of ongoing concern for the watchdog.

“This type of activity is not only illegal, it’s unfair,” said John Carmichael, OMVIC CEO and registrar.

“Unfair to consumers, and unfair to the dealers whose advertising is compliant. We are hearing from more and more dealers who are tired of competitors who conduct business this way, and who want to see more enforcement and significant penalties.”

The undercover investigation was commissioned in February and held in the Kitchener/Waterloo and Guelph markets in western Ontario.

“If vehicles are not in stock, dealers have a responsibility to ensure their ads make this clear” explained Carmichael. “Otherwise it can lead to complaints of bait and switch.”

OMVIC said dealer-advertised prices must include all fees and charges the dealer intends to collect, including freight, pre-delivery inspection/expense, administration fees, government levies, OMVIC’s fee and fees for products or services the dealer has pre-installed like nitrogen in the tires, security etching, fuel, etc.

HST and licensing do not have to be included in the price if the advertisement clearly and prominently indicates that they are not included. 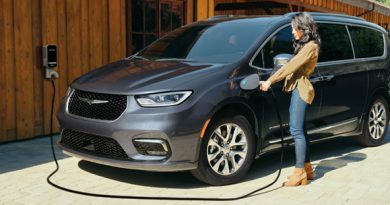