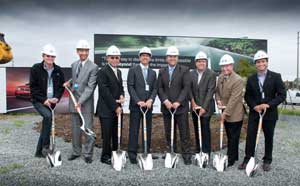 LANGLEY, B.C. – The earth was officially turned last week at the groundbreaking ceremony for OpenRoad’s future BMW and MINI dealership in Langley, B.C.

The BMW Langley and MINI Langley stores will bring the total number of OpenRoad stores to 11, and the two luxury brands will be added to the existing eight brands represented by OpenRoad for a total of 10 automotive brands.

According to OpenRoad staff, the BMW Langley and MINI Langley stores will feature an expansive, twin elevated showroom, allowing for 23 BMW vehicles and seven MINIs.

A large service drive-in area will also be available for six customer vehicles, including a see-through service and parts facility, plus onsite parking for 165 vehicles.

The stores will be built to LEED standards, allowing for the construction of an eco-friendly, sustainable building. A special tree dedication was hosted at the groundbreaking ceremony as a commemorative gift to the guests, and a symbol of the environmental significance of LEED-certified construction.

Construction is expected to be complete for an official grand opening in summer 2011. 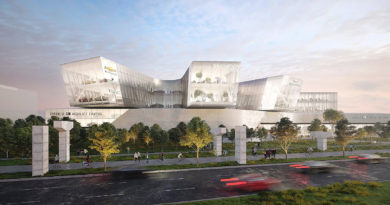 With a dealer’s touch

April 23, 2015 The Premier Publications Team Comments Off on With a dealer’s touch