One of the keys to success with information technology for each dealership is having redundant systems in place. Why? Simply put, a loss of any vital data device or component even momentarily can play havoc with being able to fully service your clientele.

Therefore, having an automatic or manual backup, otherwise known as a failsafe, in place for each and every critical point and juncture of data exchange throughout the store can be the silent insurance that keeps your team productive and your profitability high.

Information management starts with the main source of data for the dealership – the Internet. This is the lifeblood of most modern dealerships as almost every informational technology aspect completed in the store deals with the flow of data sourced from the cloud, an off-site server or from the World Wide Web.

Therefore, it is incredibly important that the connection to the Internet during a workday is never offline.

Double Protection
Dealers should have at least two separate lines of Internet connectivity. Try to use two different vendors that, when possible, offer two different technologies as well.
We use one provider as a primary Internet carrier and a second provider as a failsafe backup. Two separate vendors mean the chance of a total shutdown is greatly reduced. Having differing technology creates a strong redundancy and ensures a consistent and stable connection to the Internet.

Many stores will employ an appliance of some sort to act as a firewall, antivirus, content filter and, in some cases, acting as a DHCP server. This device often will manage connections from the internal network to the Internet (also known as LAN to WAN).

As well, these appliances will also note when the main Internet communication line comes back online and will switch back automatically.

Your network appliance by itself is a key and vital intersection point of data flow and is perhaps best described as the heart of your network. If it fails, the flow of information to the whole store is brought to a virtual standstill.

It’s important that you build redundancy into this critical data flow juncture. When possible and economically feasible, have a backup appliance configured and ready to be installed in case the primary fails.

Other Hardware Backups
When it comes to your computers, always have a generic unit as a backup sitting on a shelf. The backup can be put into place in a hurry for any location in the store. As a general rule, if a PC in the dealership can’t be fixed in 15 minutes or less, replace the system with the temporary backup and then repair the defective computer on the workbench.
It is imperative that each person working at the dealership can look after customers with as little downtime as possible. Likewise, a malfunctioning system must be made usable as quickly as possible. Having an extra PC in the building pays for itself the first time it is used.

You should have an extra backup printer sitting in storage that can be readily used should a device go down and is not readily fixable.

The cost of a backup printer versus the down time that ensues from an offline printing device is negligible.

One thing we have learned is that having one main model of printer in all areas of the store is a tremendous savings in the cost of toner as you only need to carry one or two toners in the store as replacements.

Another key area of redundancy is in the vendors you use to support your information systems. It often pays to have a secondary vendor, so if one of the vendors can’t fix a problem due to time constraints or lack of knowledge, the other vendor will be able to assist.

We had this happen with one of our printer repair centres when they said the unit was not repairable. We asked our other vendor for a second opinion. They said our model of printer had a capacitor that popped and is fixable.

The result was a repaired printer for an incredibly low price. Getting a second opinion for a hardware fix or in implementation of a new device from more than one vendor is the best form of redundancy.

One word of caution. When it comes to creating redundancy too much is perhaps as bad as not enough. Often the simplest solution is far superior then creating undue complexity, as a complex backup system requires maintenance and can often be a source of problems itself. Cost versus benefit must also be considered. For example, having dual-mirrored drives and dual power supplies on every individual PC in the building are not necessarily cost effective. Whereas, having mirrored drives and dual power supplies on a main server would be well worth the time and investment.
Common sense and understanding in building in redundancies, specifically zeroing in on the key areas that can, when off line, dramatically affect multiple users are vital to success. It these junctures that should be targeted and a failsafe built in to reduce any possible down time.

Regardless of the technology, every key intersection point that manages the flow of information in your store should have a failsafe.

As time moves on and the demand that tomorrow’s automotive customers will have for seamless, stress-free transactions increases, the dealership must have in place those information systems and redundancies that when stressed will be able to work without interruption.

Redundancies and backup systems in every vital area of information and data flow of the dealerships network take work and effort but pay well in dividends with high availability and an even higher level of customer service. 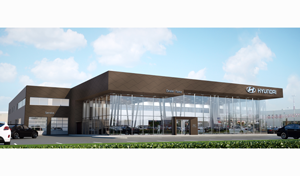