SELKIRK, MAN. – It was a triple celebration for Jason Sargent and his staff at Steeltown Ford.

The Selkirk, Man., dealership officially introduced its new look to the public on May 12. At the same time, Ford Canada confirmed Sargent as the store’s new dealer principal and presented the new president with Steeltown Ford’s 20th President’s Award, the manufacturer’s highest dealership honour.

(Steeltown Ford has walked off with more Presidents Awards than any other Ford dealer in Manitoba.)

While the afternoon events were cause for celebration at the store, it was also a bittersweet time for the Sargent family and staff at Steeltown Ford. The new dealership principal, Jason Sargent is picking up the torch from his father, Don, who passed away in February, 2010.

Don Sargent founded Steeltown Ford in 1979. He moved the dealership to its current 22,000 square-foot location roughly 45 minutes north of Winnipeg in 1997.

Jason Sargent reports that the dealership has a staff of 40 and carries an inventory of over 250 new and used vehicles.

Work began last spring on the $400,000 upgrade to Ford’s new Millenium look and was “essentially” completed last fall, he says.  The new look includes the Ford twin towers outside, new carpeting and a streamlined reception counter inside.

“We have become a much more energy-efficient operation,” he says.  “We added insulation foam and replaced our in-floor heating and rooftop heating units with high efficiency systems.”

For staff, there’s a gym on the second floor and an enlarged cafeteria with a cook. 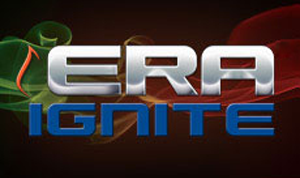 ERA-IGNITE goes beyond the DMS to the RMS

May 8, 2014 The Premier Publications Team Comments Off on ERA-IGNITE goes beyond the DMS to the RMS