The Prince Albert dealership is the FFUN group’s ninth new car dealership. The company was founded in 1970 by Loeppky’s parents, Paul and Audrey as Village Auto Sales.

Mark took over executive responsibilities in 1998 for what had become The Loeppky Group of Companies. Since 2004, FFUN Enterprises has been the corporate identity for the auto dealerships – an eclectic mix that are located primarily in Saskatoon (with Hyundai, Kia, Acura, Volkswagen and Suzuki dealerships along with Country Ford in Wilkie, Saskatchewan, and West Edmonton Hyundai) and a wide range of other related businesses.

Loeppky reports that the Prince Albert Kia dealership was opened in 2009 and stocks about 250 new and 250 used vehicles. The only change to the operation, he says, has been the appointment of industry veteran Irvine Donlevy as general manager. 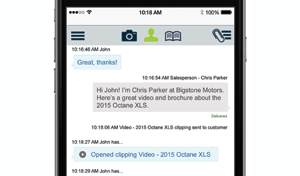 July 7, 2015 The Premier Publications Team Comments Off on DMT turns chat into conversation 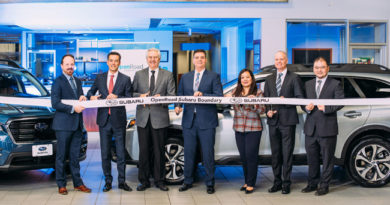 January 23, 2020 Tom Venetis Comments Off on OpenRoad Auto Group Adds Subaru To Portfolio Of Dealerships With Wolfe Subaru On Boundary