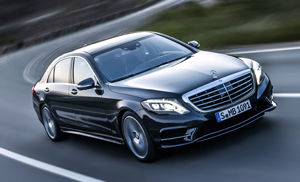 TORONTO, ONT. – Over 700 journalists from all over the world and more than 900 guests have been converging on Toronto over recent weeks for the international press launch of the new 2014 S-Class.

The flagship luxury sedan, totally redesigned for the 2014 model year, comes with a slew of innovative options and advanced safety features that might make it the most technologically advanced, mass production vehicle in the world.

But for all the glamorous and amazing options and features, the story might be more about what is not coming to Canada than what is.

Chris Goczan, product manager for Mercedes-Benz Canada, said just two 2014 variants will hit Canada in November – the S 550 4Matic with a short and long wheelbase and the AMG version.

We will not get the S 400 plug-in hybrid model and there is no clear indication if Canada will receive the S 350 BlueTec diesel engine either hitting European markets now.

Canadian drivers will also not get an amazing new lighting system dubbed Adaptive High-Beam Assist that manages to shield the high beam system from other drivers while continuing to offer enhanced illumination. The new auto dimming taillamps will not hit Canadian roads. According to the automaker, those issues are related to Canadian headlight regulations.

One of the more impressive systems not coming to Canada is the Magic Body System, which scans the road ahead and automatically adjusts the suspension system accordingly.

The 10 safety systems, all included under the banner of “Intelligent Drive,” work to detect danger, warn the driver and support the operation of the vehicle.

The hi-tech systems include, among others, a collision prevention system that will stop the car, active parking assistance that will automatically park it in both parallel and end-on spaces, night view assist which illuminates pedestrians at night and uses an infrared camera to find animals and pedestrians up to 200 metres away and an active lane program that will warn of drifting and apply appropriate brake pressure and turn the wheel if drifting occurs.

Perhaps the most interested and certainly the most contentious system is the Distronic Plus Steering Assist Program that will accelerate, brake and steer the car autonomously for short distances.

“This really is an amazing car,” Goczan said during the event.

For over 50 years, the Mercedes-Benz said its S-Class has been a trendsetter helping to define luxury driving and automotive safety. The 2014 model is certainly no different.

Oliver Locher, project coordinator for the S-Class, said the luxury model already has over 20,000 pre-orders worldwide. It is slated to hit Western Europe this month, the U.S. in September, Canada in November and the Asian markets sometime in the forth quarter. 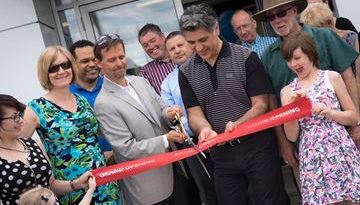 May 20, 2011 The Premier Publications Team Comments Off on Websites for sales people