KELOWNA, B.C. – The market has gone high-tech and dealerships that aren’t following the lead of the most tech-savvy companies will soon find themselves on the losing end of the equation.

B.C.’s Okanagan Valley-based Sentes Automotive is one of those that are not following the leader; they are a regional leader making use of the most innovative IT solutions.

“Clients like information,” Adam Rich, Sentes general manager says, “they’re always looking for more info. They want to know everything about a used vehicle from any accidents to whether it was smoked in or not.”

Rich and his colleagues recognized the growing need for information a decade ago as more clients went to the Internet first before heading to the car lot.

“We partnered with a local IT company [Northern Computer] to create a database program for our pre-owned vehicles. It gives a salesperson all the inside information you won’t find on the Internet.”

The software was so successful that last year Sentes released Version Two to provide even deeper background.

Now with the program having been in operation so long, the list of pre-owned vehicles has grown as well. Sales agents can access a fact sheet on any car passing through Sentes over the past ten years. Clients don’t have access to the database, but in-house the collected information is used the same way a horse breeder uses a studbook to determine the lineage of a thoroughbred.

It’s innovations like this that have moved the Sentes group to the forefront of the growing competitive Okanagan market and given the family of dealerships, which includes Mercedes-Benz, Nissan, Lexus, Infiniti, Honda and Hyundai, an edge.

With 250 employees in sales, service and administrative nearly half of those, 120, are involved in direct sales. Last year the sales force moved 4,500 new and used units across all the brand divisions.

Management keeps their staff in top form by offering professional retreats, sales and financing guidance, team events and dinners as well as golf tournaments, BBQs and a huge Christmas party. The net result of all that effort is a minute turnover that averages at about four per cent.

Training is onsite and includes in-house courses along with seminars and tech sessions conducted by outside companies.

Last year’s sales saw the group move an average of 1.2 used units for every new unit. That ratio was up slightly in the luxury brands where the ratio was 2:1.

“Nissan, Mercedes and Honda were the top three sellers in the new car market, but on the used-vehicle side, SUVs are the most requested,” Rich says, noting there has been a big move from cars to SUVs and trucks in the past three years.

Demand for used is so aggressive the company is now sourcing used vehicles from outside its normal catchment area, going as far afield as Ontario to find good inventory.

The downturn in the economy brought on by the drop in crude oil pricing and the global dependence on China’s economy has not had a great impact on new car sales, but the used market “fell from 1:3 used to new units to 1:1 in 2014 and ’15.”

To combat this, Sentes took advantage of its proximity to the American market. With the devaluation of the Canadian dollar, it is more advantageous for U.S. buyers to source pre-owned units north of the border and Sentes now ships product south.

The Sentes story was almost magical. Owner Rick Sentes once played pro hockey in the World Hockey Association before joining a large Jim Pattison dealership in 1973 in Calgary.

Seeing opportunities in the market, he sought and won a Pontiac Buick GMC franchise in Hinton, Alberta. Then the opportunity came up to buy an ailing Chevrolet Oldsmobile Cadillac franchise in Penticton, BC.

He transformed the slumping company into an award-winning powerbase and the rest, as they say is history.

Sentes continues to expand its operations across the Okanagan. Last year it broke ground for a new 47,000 square foot facility to open later this year.

Mercer: Where is the data to support profit from image programs?

February 27, 2013 The Premier Publications Team Comments Off on Mercer: Where is the data to support profit from image programs? 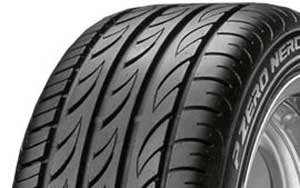