After several years of increased activity in Canada’s automotive retail mergers and acquisitions market, the first six months of 2017 has been more of the same, said two of the industry’s most plugged-in experts.

But while the last five years in the M&A world has been punctuated by the growth of the nation’s largest groups – AutoCanada now operates over 50 dealerships and Dilawri owns over 60 – many transactions now are completed by one or two-store operations adding a third, fourth or fifth rooftop.

“The larger groups are still quite active, but much of the activity is coming from smaller groups as the continued low-cost of borrowing and the cost savings realized through efficiencies with multiple stores now has the two or three-store companies adding points,” explained Samir Akhavan, principal at Templeton Marsh.

“I also see groups coming out of their shells more in terms of brands, meaning if they hadn’t looked at domestics before, they are now; if they hadn’t looked at imports before, the are now.”
While there is no comprehensive public record of dealership buy/sells made available in Canada, the anecdotal evidence certainly supports the claim there are more buyers than sellers with multiples remaining high and activity brisk.

Chuck Seguin of Seguin Advisory Services said there are a number of triggers that continue to drive the market including the value of real estate, an aging dealer body, low cost of borrowing and a recent spate of expensive new corporate image programs.

“Just because you’re doing and CI program doesn’t mean you will significantly increase business. With net profits often staying the same after completing these projects, there are a lot of guys in their ’60s and ’70s who are sitting back and saying, ‘I’ve done this lots of times, maybe I don’t want to do it anymore,’” Seguin said.

New Players and Hot Brands
It is well known the stability of automotive retail has attracted new owners into the sector including U.S. billionaires George Soros, Bill Gates and Warren Buffett.
Soros, along with drugstore entrepreneur Stephen LaFrance Sr. and the mogul behind the transportation giant J.B. Hunt, are backing the McLarty Automotive Group and its network of stores. Gates owns roughly 15 per cent of AutoNation while Buffett continues to make headlines with Berkshire Hathaway Automotive, which now operates over 100 franchises across 10 U.S. states.

Seguin said similar interest from non-traditional sources has been helping push multiples higher in Canada, too. Without naming names, he said family office money has become funding sources to Canadian groups in search of an above-average return on investment.

“They’re not operators but come in as a part of a finance package and attach themselves to an operator,” he said.

Rumours also persist about Canadian private equity groups sniffing around for opportunities, as the large returns dealerships can provide remain attractive to investors and wealthy families.

“You don’t attract the likes of George Soros, Bill Gates and Warren Buffett to things that aren’t good cash-on-cash return investments. As such, we are seeing some of these huge, really smart money guys and wealthy families getting into the car business.”

Just exactly what they are buying, or what everyone wants to buy, remains more of the same, according to Seguin.

Mercedes-Benz, BMW and Audi still attract a lot of interest thanks to strong profits and the fact they don’t operate extensive dealership networks.

The consumer shift from passenger cars to trucks and SUVs also means luxury brands with trucks in the lineup (Land Rover, Jaguar and Porsche) become more appealing from a segment standpoint.

On the volume side, he said Ford, Toyota and Honda all remain popular.

Both Seguin and Akhavan said they are seeing a lot of activity in B and C markets as exorbitant real estate costs and a heavy concentration of dealership groups in most metro markets means opportunities have become scarce.

In Vancouver and Toronto, for example, some owners are building stores vertically or combining them with residential elements just to make the projects financially viable.

The six franchise groups – AutoNation, Lithia, Penske, Asbury, Group 1 and Sonic – account for hundreds of franchise stores collectively but represent a miniscule number of the overall rooftops in America.

Canada has just one publicly traded group in the Edmonton-based AutoCanada. While analysts and industry watchers have predicted a number of other public groups would arise in recent years, the Toronto Stock Exchange remains a party of one at the moment for AutoCanada.

“What surprises me is that no one else has done it yet,” Akhavan said of the public model.

“Only a very small selection of current groups could really go public as they have what the market is looking for – geography mix, brand mix and proven track record of success. There are many larger groups that have the assets, history and the diversification needed but it is the geographic variety that might hold them back.”

Seguin echoed the statement noting there really isn’t a Canadian buyer for the 30-plus store groups now meaning their exit strategy options are limited.

“These are billion dollar businesses that employ thousands of people. They are very attractive businesses with significant values. The only real options beyond going public is to sell to a foreign company, private equity firm or break up the group and sell it piece by piece, which often doesn’t give you the same value as the sum of the pieces doesn’t equal the value of the whole,” he said.

“I think you’re going to see some transactions within the next couple of years, but I’ve said that before.”

Also hampering a move north by an American mega-group interested in exploiting the currency disparity are some undeniable downsides. A U.S. group would enjoy a discount on the purchase but that also translates to a loss when earnings are repatriated.

Seguin also noted average throughput per store is lower here and there continues to be paltry protection under franchise laws compared to that in the U.S. and other countries.

“Plus, there are still OEMs that don’t allow public ownership and many are the most valuable brands,” he added.

Still, both said barring an unseen catastrophe in 2017, the brisk M&A market would continue to grow, though they expected multiples to drop a little bit over the back half of the year. 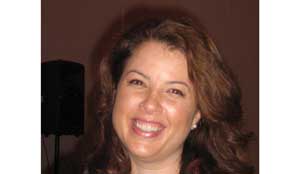 July 20, 2010 The Premier Publications Team Comments Off on Communication is key