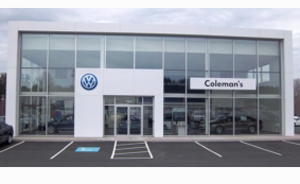 BRIDGEWATER, N.S. – The Steele Auto Group said it has received Volkswagen Canada’s approval on the purchase of Coleman’s Autohaus.

Bob Coleman opened the Hebbville, N.S.-dealership in 1985. He said in a release he is pleased his customers will continue to be well served and that the new ownership would grow the Volkswagen brand in the area.

“Coleman’s Autohaus is well-established, and having built their success on honesty and integrity, they are a perfect fit for us,” Steele Group chief Rob Steele said.

The company said Adam Keddy will stay on as general manager.

Financial details were not released. The deal is expected to close Feb. 28.

March 17, 2017 Jackson Hayes Comments Off on Orysiuk resigns from AutoCanada