The dealer association submitted a letter to the legislature’s Standing Committee on Finance and Economic Affairs on July 20 noting how the bill will “significantly” increase the cost of doing business in Ontario.

Introduced on June 1, Bill 148 or the Employment Standards Act Reform ushers in a number of changes in employment in the province if passed. Amendments include a rise in minimum vacation entitlement from two to three weeks per year; calculation changes for public holiday pay that refer to regular wages in the pay period before the holiday divided by the days worked and a change how overtime rates are calculated.

The TADA called the speed at which the minimum wage will increase unfair and unpredictable.

“Our advice is to phase it in over a much longer time frame than five months. This will give businesses more time to adjust their current business plans and provide more predictability in figuring out how to pay for it,” Frank Notte, director of government relations for the TADA wrote in the letter.

Notte suggested tax relief the government had promised once the budget was balanced could help small businesses deal with the costs of the new bill. Notte also mentioned how the province’s decision to delay a cut in the corporate income tax from 11.5 per cent to 10 per cent by July 2013 has kept Ontario businesses waiting for scheduled tax relief.

“We estimate that Ontario’s new car dealers will see approximately $75 million in corporate tax relief through a CIT reduction to 10 per cent,” he wrote. “This relief will help offset the massive new costs of a higher minimum wage, higher vacation pay, paid time off and other provisions in Bill 148.” 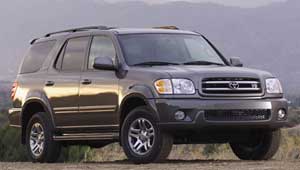