If you don’t want to hear tough answers to your tough questions, Caroline Bourret isn’t for you.

Known by dealers and OEMs as The Fixer, she has made it her business to get dealerships struggling with one problem or another back on the track to profitability. And business is good.

After three years in the market with her company, OEM Automotive Solutions Inc., the results are speaking for themselves.

“The first year I started I was mainly getting calls from OEMs. Last year, it was about 75 per cent OEMs and 25 per cent dealers. But 2016 has been the opposite with about 75 per cent of the work coming directly from dealers who are personally reaching out,” she tells Canadian AutoWorld. “I guess word is starting to spread.”

Bourret’s journey in automotive started in Quebec over 20 years ago. Her lengthy resume includes a laundry list of jobs inside a dealership and a diploma from Georgian College’s Automotive Business School, but the bulk of her experience has come on the corporate side, having worked in various roles for Volkswagen, Hyundai, Toyota and more.

From 2008 to 2014, she worked as a warranty and audit specialist for Porsche Canada, a move that set her on the path she finds herself on today. She formed OEM Automotive Solutions in early 2014 and set about spreading her particular brand of problem solving to the industry at large.

It has been an interesting three years, she assures.

The story is usually the same every time: Either an OEM is fed up with a store’s performance or a dealer at his wit’s end reaches out for help.

Bourret says she visits the dealership, talks to staff, observes behaviour, analyzes the culture and spots the issues – often without having to peer into the financials.

“I can tell a lot just by watching how the dealership functions,” she says.

After absorbing everything on-site, she’ll complete her research and crunch the numbers to produce a custom action plan the store can follow. It is personalized and adapted to the specific problems. The plan also includes a timeline detailing when certain targets should be hit or programs put in place.

Some of the mistakes she sees time and again relate to staff and turnover. She says it is often because a general manager or dealer will not pay staff properly meaning they don’t attract and retain the best people available.

She says stores end up paying more in the long run because underpaid staff usually leave for a better opportunity once they are trained and have gathered some experience.

“There’s a lot of money involved in training a person. While people make mistakes, we have to think of that as the cost of gaining experience. What you don’t want is someone taking all that experience and benefiting someone else,” she says.

Her work takes her across the country and encompasses every brand.

She also stresses that her job doesn’t always identify malicious behaviour or deliberate human error. Often, poor performance can be blamed on simply following the same strategy for too long.

“They are not making mistakes, per se. Sometimes it is just people who have done a particular job a particular way for 15 or 20 years and they haven’t seen anything else or another way to do things,” she says.

“Some might question why something should be changed if it is working. But the question is, is it working well or could it be great? Some people are happy with a certain level of comfort and won’t take the steps to push harder and go from good to great. They are very happy with the status quo.”

For more information, contact OEM Automotive Solutions at oemasinc@gmail.com or 647-801-6463 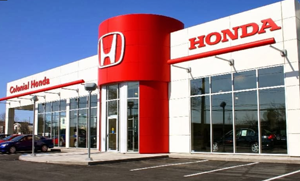 May 27, 2016 Jackson Hayes Comments Off on Steele Group plans to move forward despite opposition

Toyota: pedal remedy on the way

February 1, 2010 The Premier Publications Team Comments Off on Toyota: pedal remedy on the way