MILTON, ONT. – Despite temperatures soaring into the high 30s, hundreds of the Ontario auto industry’s finest took to the links on Wednesday at the inaugural Trillium Automobile Dealers Association golf tournament.

Though the TADA golf tournament has been an early summer staple for years, this was the first one after the amalgamation of the Ontario and Toronto dealer associations.

“What a great day,” exclaimed Ken Shaw Jr. following the steamy day on the course. “I know it was hot but we will gladly take the sun instead of the rain we have had in years previous.”

The event featured an 18-hole scramble tournament and a separate 18-hole strokeplay tournament.

Despite the oppressive heat and humidity, some players in the net score and gross score competition posted some solid numbers.

On the scramble side, the winning group of Dave Buchannan, Joe Kirkland, Ken Gyles and Steve Pidycz carded a score of 14 under.

More than $6,900 worth of gift certificates was handed out for winners of multiple closest to the pin and long drive competitions.

The sponsors were plentiful with numerous industry companies supporting the TADA by provided everything from free beverages to an oyster bar for the players. 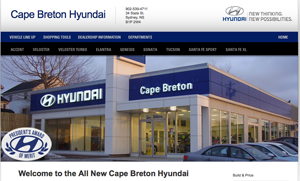