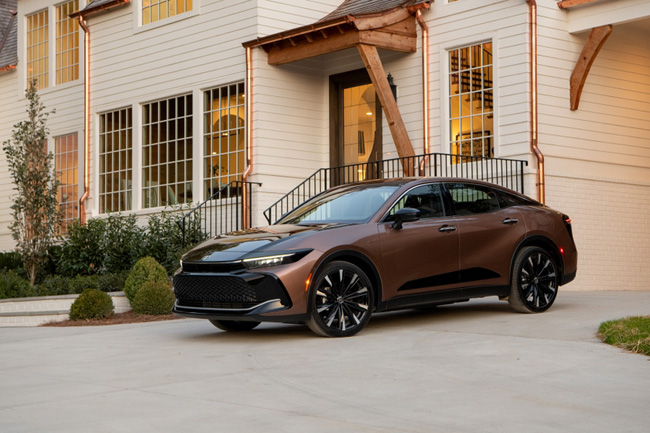 The 2023 Toyota Crown is expected to arrive in early 2023 and will in standard AWD and two electrified Toyota powertrains.

The XLE and Limited grades are equipped with the Toyota Hybrid system that pairs front and rear electric motors with a 2.5-litre engine. This efficient hybrid system can achieve an NRCan-approved fuel consumption of 5.6/5.7/5.7 L/100 km (city/highway/combined).

Toyota Crown comes well-equipped at a Manufacturers Suggested Retail Price (MSRP) starting at $45,590 for the XLE grade, $50,990 for the Limited grade, and $59,990 for the Platinum grade.

Toyota Crown is expected to arrive at Toyota dealerships in early 2023.