The case, filed this week in Orange County Superior Court, includes some wild accusations related to Toyota’s multi-billion dollar unintended acceleration recall and alleges the automaker put corporate profits over customer safety while trying to push the dealer out of business.

Hogan, who owns Toyota dealerships in Claremont and San Juan Capistrano, Calif., is seeking damages in excess of $100 million.

Court documents allege that following Toyota’s highly publicized safety recall in 2009 to 2014, Hogan, who had been in business with Toyota for almost 40 years, created a software technology called Autovation. The software let Toyota dealers identify customers with uncompleted safety recalls and send them letters offering a fix.

The recalls addressed dangerous defects such as “sticky acceleration pedals” and “floor-mat entrapment” that subsequent lawsuits linked with serious injury and deaths and led to Toyota being charged criminally and fined $1.2 billion.

Court documents from the Hogan action indicate Toyota sent out one recall notice to customers.

“Also, the antiquated system Toyota put in place made it difficult, if not impossible, for dealers to identify open safety recalls when customers brought in their vehicles for service,” the lawsuit alleged.

Hogan said his Autovation program was “wildly successful” and enabled him and other Toyota dealers to identify and notify thousands of customers with open safety recalls.

Since Toyota was required to pay for the additional safety recall work Autovation was generating, he alleges Toyota sought to, and did, kill the program in order to avoid having to pay multi-millions of dollars for repairs and fixes.

According to the lawsuit, Toyota went even further, hatching a plan to rid itself of Hogan as a dealer.

None of these claims have been proven in court.

January 24, 2018 Jackson Hayes Comments Off on Trillium’s $750M-class action against GM will not proceed to Supreme Court of Canada 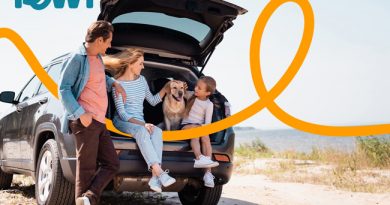