KELOWNA, B.C. – The Vaughn Wyant Automotive Group has deepened its Audi portfolio with the purchase of Audi Kelowna.

The deal with Ed Turner and the Turner family means the Saskatoon-based dealership group adds a second Audi store to the fold within its 11-brand network.

Local media reports the Turners opened the separate Audi point in 2013 after selling the brand out of the Turner Volkswagen location. They retain the VW franchise.

While financial details were not disclosed, Vaughn Wyant told The Daily Courier that adding this point with his existing Audi dealership in Saskatoon helps offer expanded choice for consumers.

“We are elated by the opportunity and the potential for this premium brand in the Interior of B.C.,” Wyant said.

- With files from The Daily Courier

Are you an employer of choice?

August 26, 2015 The Premier Publications Team Comments Off on Are you an employer of choice? 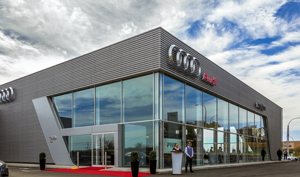 May 28, 2015 The Premier Publications Team Comments Off on Steele Group celebrates grand opening for Audi Halifax 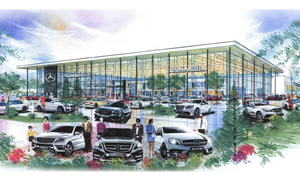