QUEBEC CITY, QUE. – After investing more than $2 million in his dealership, president of Volvo de Québec Jean-Guy Léonard officially opened the store with a gala party.

With the help of Jeff Pugliese, president of Volvo Canada, Léonard showed off his renovated business with a cocktail party for staff and customers alike.

He says the expanded building is much brighter, simpler and more refined, to improve service to the customers and respond even better to their expectations.

Most of the old structure was demolished with just a concrete slab, the roof and the metal structure remaining. The dealership footprint grew from 10,000 square feet to roughly 12,500 square feet. More space has meant a larger showroom, the addition of a storage, shipping and receiving area, as well as space for one additional vehicle in the service area.

The store follows the Volvo’s Next Face image program.

At the beginning of 2011, everything was ready to proceed. But in June, Léonard notes the Ministère des Transports chose to begin major work on Rue Cyrille-Duquet, cutting off access to the dealership’s entrances.

Constrution did wrap up eventually with the gala being held earlier this month. 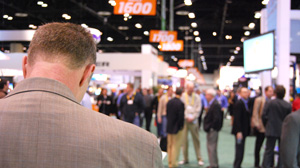 NADA wraps up in Orlando

February 16, 2010 The Premier Publications Team Comments Off on NADA wraps up in Orlando 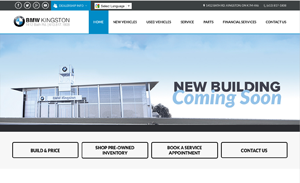