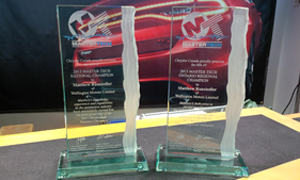 Runstedler was named the top Chrysler automotive technician in Canada besting over 3,600 technicians from 375 dealerships across Canada.

“This is the second time in four years that Matt has won the prestigious award, making him the first two-time National Champion in Chrysler's Master Tech history. In that time he has also finished runner-up and third in the Ontario Regional Championships,” said dealer Ted Woods when the tech received the awards on Oct. 21.

Chrysler Canada explained the road to winning the National Master Tech Championship is long and difficult.

The over 3600 Chrysler technicians are challenged over 12 months with online tests.

The top technicians in each of the four regions in Canada are invited to compete in person for a Regional Championship with a combination of a written test and a practical timed diagnostic challenge.

The four regional champions were invited to Atlanta, Ga., for four days to compete for the National Championship.

To win the Ontario Regional Championship, Runstedler had to beat 19 other technicians, including three others from Wellington Motors. 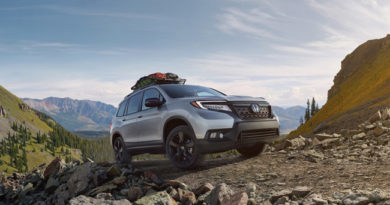 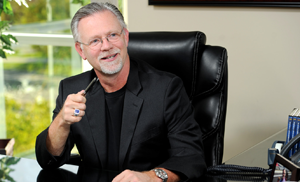