LANGLEY, B.C. – Ask Mike Hacquard, vice-president of Wolfe Auto Group, whether his group has to grow by buying other dealerships to be competitive and he would put his thumb down on the notion.

He said expansion is always possible for the four-dealership group out of Langley, B.C., if the store were the right fit at the right time.

“The notion that having to be big to compete is something we don’t really believe in,” Hacquard said. “We believe being the best, not necessarily the biggest, to be our best attribute. If you were to contact the executives of each of our brands, they would tell you the same thing which is they consider Wolfe Auto Group to be benchmark dealers.”

To back that up, he pointed proudly to the fact that by the time we ring in the new year, the group’s four dealerships – Wolfe Langley Mazda, Wolfe Langley Mitsubishi, Wolfe Subaru on Boundary and Wolfe Langley Subaru – will have sold over 5,000 vehicles.

Expanding From Within
Hacquard said he and co-owner Gordon Wolfe believe in expanding from within. For starters, the two partners built entirely new facilities for their four stores between 2008 and 2013. Hacquard recalled it was no day at the beach.

They did business in trailers and shuttled techs around while the contractors tore down the old stores and built new ones.

He kept his eye on business while his partner supervised the building process. He credited Wolfe with seeing to it that state-of-the-art facilities rose out of the rubble.

“Gordon Wolfe did it. He is an absolute master when it comes to putting together the right design and layout for car dealerships.”

And he insisted the aggravation was worth it. When staffers realized they were coming to work at state-of-the-art facilities, their morale soared. That affected their relations with customers, who were also impressed.

The new facilities were the perfect backdrop for the creation of the Wolfe Advantage, his brainchild.

The Wolfe Advantage
“About five years ago, we decided to create a reason for customers to come to us,” Hacquard recalled.

It had to be more than just price.

“We want to make the deal as sweet as we can for the customer, but we want them to see more value than just the transaction itself,” he said.

So, he created the Wolfe Advantage and made it clear online what those advantages are. They include fixed commission sales with no high-pressure tactics, a five per cent discount on all services, repairs and parts, lifetime car washes, 24/7 customer service and prepaid maintenance packages.

Then there are the regular Car Club meets at the Wolfe stores. These events encourage enthusiasts and tuners of the Wolfe brands – Mazda, Mitsubishi and Subaru – to come out to the four Wolfe dealerships to celebrate the passion they have for their vehicles.

“We talk about the Wolfe Advantage. We tell the customer we want to service you for life, not just for one car for four to five years.”

Hacquard called the program a game changer that has meant more repeat customers.

The Wolfe Identity
He said he and his partner go out of their way to support charities and community activities in the area. They want to demonstrate that the group is about more than just making money.

The group supports local charities such as the Surrey Food Bank and the City Pack charity, which helps the homeless survive the winter with weather-resistant backpacks. These efforts have not gone unnoticed.

The B.C. New Car Dealers Association awarded Wolfe and Hacquard the 2017 Community Driver Award in recognition of their contributions to the community.

The duo is proud that many of their senior managers have been group members for over 20 years. He said they owe that to what they call the Wolfe Culture.

The Wolfe Culture
“If someone is struggling in one area in at one dealership, they know they can lean on a co-worker and colleague at another store,” Hacquard explained. He said that’s because they do things the same way at all the Wolfe stores.

But it’s more than just that.

“There’s the culture of working together,” he said.

If a staff member has come up with something new, they are encouraged to share their innovation with the others in the store where they work and in the other stores.

“So, if a sales person has a good sales month, they share how they are doing with the rest. We wouldn’t hire someone who would hide their skills,” Hacquard said.

He admits that it’s culture shock for some new hires used to what he calls the “individual approach” at some dealerships.

To foster the group approach, he cites, as an example, business managers from all the stores meeting regularly to evaluate their performance and discuss ways they can all improve.

Hacquard said it works when it comes to sales and the approach is recognized by management at the OEMs.

“If you want to check with the presidents of each of our brands, you will see that we are considered benchmark dealers and they use us as prototypical examples of how they would like to see dealerships run.”

He said the culture is rooted in the group’s beginnings as a family business, where everyone worked together.

The two partners started with one store, Langley Mazda, in 1988. Staff numbered 12. There are now four stores and a leasing outfit, Wolfe All Makes Sales. Staff total is now over 200.

Hacquard recalled fondly the days when he and his partner knew every customer by name and were involved in almost every transaction. But that was long ago. Still, taking the pulse of customers isn’t that difficult using modern technology.

“I’m silent-copied on every single elead transaction whether it’s from sales, parts or service.”

He said it doesn’t take long – a quick glance. But when he sees a way to improve things, he acts on it immediately.

“I shoot off an email to our senior managers and we talk about it.”

Recently, he spotted two emails from customers, complaining about the poor ventilation in one of the group stores.

“It’s been warm lately here, so we fixed it immediately. If I hadn’t seen that, we might have upset a few more customers and our customer base might have started to shrink,” said Hacquard.

Organic Growth
While Hacquard and Wolfe aren’t looking to buy other stores, they aren’t averse to expanding from within.

Hacquard points to Wolfe All Makes Sales and Leasing. He sees leasing as a growing market, particularly the truck and van segment.

“It’s just another notch in our belts to keep Wolfe Group clients within the Wolfe stable. Plus, we recruited veterans of commercial leasing to enable us to go after the medium-duty and commercial truck lease market,” he noted. “This is an example of organic growth at Wolfe Group.” 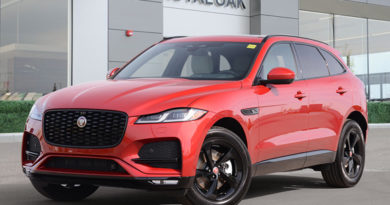