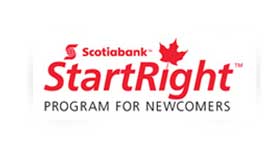 Scotiabank has launched an auto loan program aimed at helping new Canadians secure vehicle financing. A new feature of its existing StartRight program from the institution’s multicultural banking division, the Auto Loan Program is now available to all Canadian dealerships.

According to Scotiabank, adapting to the financial climate in a new country can be one of the most difficult aspects of immigration. Launched in late April, this new program will offer auto financing to those who have never had access to it before.

Auto financing at Scotiabank is open to immigrants and foreign workers who have been in Canada for less than three years, or to those who have not yet arrived in Canada.

StartRight is tailored for most newcomers, including immigrant investors, entrepreneurs, targeted professionals and all other permanent residents and foreign workers.

Maximum loan amounts are based upon newcomer classification with down payment requirements from 25 to 40 per cent. The loan can only be used to finance a personal vehicle, and will not help purchase mobile homes or recreational vehicles.

The applicant must prove their immigrant status by providing the dealer with a copy of proof of immigration status, which will be deleted after verification in accordance with Canadian privacy legislation.

Scotiabank says it sees a need to serve the growing immigrant customer demographic. According to numbers from Statistics Canada and Facts and Figures, 2008, immigrants will be responsible for 100 per cent of the country’s net population growth by 2030.

Of those moving to Canada, 85 per cent will settle in Quebec, Ontario or British Columbia with the majority ending up in urbanized areas. One of the greatest difficulties for all those newcomers is obtaining financing for a new or used car; Scotiabank hopes this program will help eliminate that problem.

Even the marketing materials will cater to new customers as printed information will be made available in English, French, Spanish and simplified Chinese. Downloadable information on the website is in 15 different languages.

March 21, 2013 The Premier Publications Team Comments Off on Murchison named VP of sales for GM Financial