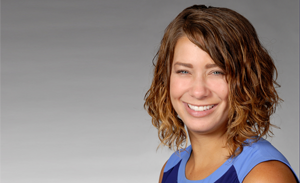 For Candice Crane, the epiphany came when she was trying to solve another problem.

It was smack in the middle of the Great Recession and Crane, then head of HR for the Walser Automotive Group, a 12-store company headquartered in Minneapolis, Minn., had a unique problem.

Despite it being the worst economic period in America since the dust bowl days, she needed staff to keep up with growing demand in one particular department.

“Walser had very strong used-car sales and therefore weren’t as reliant on new cars, which was the opposite to a lot of competitors. They had to grow their used-car team even though the market was sinking,” Crane explains.

But the typical professionals she usually saw retailing cars – real estate agents and mortgage brokers – thanks to similar compensation plans – were “running for the hills” from commission plans in favour of lower-paying jobs with guaranteed salaries.

“We could not find people to sell cars,” she says. “That's when we said, we need to change the model.”

Crane and management set about developing a new structure of employment built around a one-person selling system.

Each sales consultant is a member of a six-person team, each with a team lead. Every person under team lead is called a customer specialist. They are paid hourly rates and have a chance for additional team-based bonuses on units as well as average GPVR.

The traditional business office functions were split into selling (now handled by the specialists), and the administrative function of getting the paper bought, dealing with the banks, etc.

Walser created a centralized administrative finance hub that would receive the credit app, process the deal, build the menu and send it back to the consultant who presented the menu to the customer.

The centralized administrative hub is a team of 16 employees paid $14 per hour. In 2015, they processed over 26,000 transactions.

This was instituted in 2010. Crane says the results over the last five years have been “unbelievable.”

She says the group payroll is less than half of some of the best groups in the country.

“This is the future,” she says with confidence.

Crane is now the principal consultant at Crane Automotive Resources. Her firm works with innovative dealerships across the U.S. looking to switch up traditional systems.

She says installing a similar program in your store depends on size and scope.

“It will get uncomfortable, you will have people leave and your growth with dip short term,” she notes, adding success could also depend on the level of centralization you have.

For a single store, she says a similar system could be running in 90 days.

A multi-point group might take three to six months.

“The execution component is surprisingly not as difficult as the planning and buy-in side. That’s what takes the most time; deciding what you are going to do and having those conversations.”

She stresses the main ingredient is commitment.

For more information or to contact Candice, reach her at 651-226-6461 or visit  www.craneautomotiveresources.com 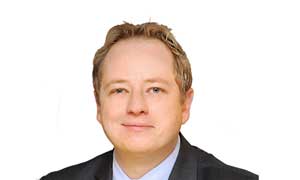 BMO to focus on 'relationship underwriting'

July 27, 2012 The Premier Publications Team Comments Off on BMO to focus on 'relationship underwriting'