Among Canadians looking to finance a purchase of a new or used vehicle, over one-third are not eligible for prime interest financing.

“Not an insignificant piece,” remarks Doug Graham, president and CEO of Rifco Inc, one of the country’s four major lenders of subprime vehicle financing, along with TD Non Prime, Scotia Dealer Advantage, and Carfinco.

CTL president and CEO, Jeffrey Newhouse, blames the growing percentage on traditional banks which continue to tighten their lending requirements.

Rifco targets customers in the near-prime space, so-called B and C credit. Graham notes that the size of that market has both micro and macro influences, such as people moving into that space through changes in personal situations and the overall employment rate.

But he says it has been a relatively stable 25 percent of the overall market (including new and used-vehicles) for a while now. So to track potential sale volume in the B and C credit segment, it is a simple matter of looking at overall sales performance.

“If overall sales go up, that niche could go up by the same (25 per cent) proportion,” says Graham.

Stable, Sizeable and Desirable
A stable and sizeable market such as that is not one to be ignored, says both Rifco and CTL, or you risk sending your potential customers across the street to your competition.

“A customer with a 600 Beacon score on his credit app still needs a car, says Graham. “If a dealership automatically says no to a 600 or lower Beacon score, you send him into the arms of a dealership that does have a solution for him — a dealership that effectively says to him, you are an important customer to us, we’ll help you buy a car today, and later when you’re on your feet, perhaps you’ll remember who helped you out.

“This is really a chance to earn a customer for life,” he says.

It’s also a lucky break for the customer, says CTL’s Newhouse, as customers are offered a chance to repair their credit. That can bring goodwill and repeat sales.

“Dealers are realizing that a prime consumer will purchase a car every three to four years,” says Newhouse. “Whereas, the same dealer can turn a car two, maybe three times, within the same period to a non-prime customer who is committed to repairing their credit.”

The Subprime Players
In the “middle space” right underneath prime are Rifco and the bank-affiliated companies.

“It’s a very competitive niche,” says Graham. “Customers and dealers do have some choices.”

He says Rifco sets itself apart from the competition, by concentrating on consumer financing, not floor planning, or mortgages, or lines of credit.

“If we don’t finance cars we don’t make money,” he says. “It’s the same thing for dealerships. If they don’t sell cars, they don't make money. We feel our alignments are very similar.”

Rifco’s goal is to make the dealership’s and the customer’s experience with subprime financing the same as with prime.

He reports that a growing percentage of Rifco loans are for new vehicles.

CTL finances vehicle buyers mostly in the more-challenged C and D credit grades. While B and C levels typically include customers who are recovering from credit problems and/or maybe just putting in time before the banks see them as low-risk customers, D credit customers are typically wrestling with credit problems.

A GPS immobilizer is standard equipment on all CTL-financed vehicles.

He encourages dealers to develop strong relations with lenders who specialize in the different areas:

“By working with a handful of lenders — each geared to a different area of the nonprime market — the dealer can rely on the lender to provide financing, work with them on exceptions and provide liquidity quickly, so they can manage the velocity of their inventory and sales.”

CTL has its sights set on being the fifth largest non-prime lender in Canada.

“We have spent the past three years building and perfecting our infrastructure and team,” says Newhouse. He adds that CTL has voluntarily held off joining the Dealer Track Network until it had all the pieces of the puzzle in place.

“We have worked hard since 2010 to build a personal relationship with each dealer in our network… With these relationships in place, a new lending program that will earn dealers more profit, a significant funding line with Sun Life Financial, and representatives in five provinces, CTL is looking to write more business as we migrate to the Dealer Track Network this September.”

Newhouse believes it will be just a matter of time before Canada sees its first non-prime U.S. franchise, such as J.D. Byrider or CarMax. 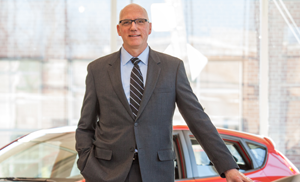 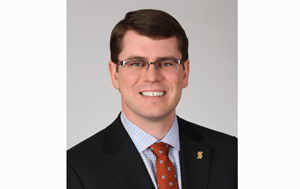