The Blue Oval reported, excluding special items, a pre-tax operating profit of $2.1 billion, or 48 cents per share, a jump of $1.1 billion from a year ago.

This marks the fifth consecutive quarter of pre-tax operating profit recorded by Ford and its best Q3 since 1990.

Ford’s third quarter revenue was $29 billion, a decline of $1.3 billion from the same period a year ago.

Excluding Volvo revenue from 2009, Ford’s revenue in the third quarter was up $1.7 billion compared with the same period a year ago. That tally beat Wall Street estimates

Ford North America posted a third quarter pre-tax operating profit of $1.6 billion, a $1.3 billion improvement from third quarter 2009. The company is on track to gain full-year market share in the U.S. for the second straight year, marking the first time since 1993 that Ford has achieved consecutive annual increases.

The company also announced “automotive debt reduction actions” to strengthen the balance sheet, including further paying down its revolving credit line by $2 billion in the third quarter; prepayment of the remaining $3.6 billion of debt owed to the VEBA retiree health care trust by the end of October; and conversion offers on two convertible debt securities in the fourth quarter.

“This was another strong quarter and we continue to gain momentum with our One Ford plan,” said Ford president and CEO Alan Mulally said in a release today.

“Delivering world class products and aggressively restructuring our business has enabled us to profitably grow even at low industry volumes in key regions. The key drivers for improvement in 2011 will be our growing product strength, a gradually strengthening economy and an unrelenting focus on improving the competitiveness of all our operations.”

The $2 billion revolver payment, made on Sept. 9, lowers Ford’s interest expense without impacting its overall liquidity. As of Sept. 30, Ford’s total Automotive debt was $26.4 billion. 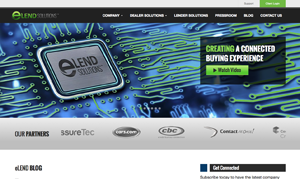 September 10, 2015 The Premier Publications Team Comments Off on eLEND’s CreditPlus brings F&I into the shopping process 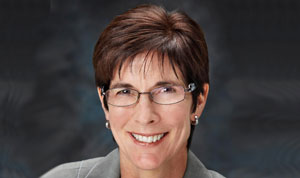 April 17, 2013 The Premier Publications Team Comments Off on Chrysler ramps up leasing