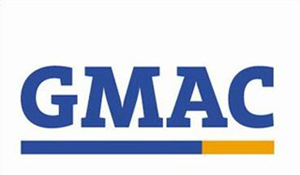 Reports out of Washington, D.C., today indicate that GMAC Financial Services is expected to post a loss of roughly US$5 billion in the fourth quarter.

The hefty hit is blamed on huge writedowns on underperforming mortgage loans from the lenders housing division – representing a $3.8-billion writedown as GMAC works to offload parts of mortgage arm.

The lender, once the main source of floorplan financing for GM and Chrysler dealers, has totaled $16.3 billion in federal aid since the bottom fell out in late 2008. The U.S. government owns a 56 per cent stake in the company; but that number could soar even higher if the government chooses to increase its stake in the wake of this latest loss.

Financial experts have said the Q4 loss expected this week is a clear indication the bank is not yet ready to turn the corner.

GMAC CEO Michael Carpenter said writing down the value of the mortgage assets
would minimize the potential impact on GMAC's overall balance sheet. He added that a healthier balance sheet would do much to improve GMAC's position as an auto lender.