For many dealers, the annual ritual of putting together a forecast, or budget, as some of you call it, is a once-a-year project forgotten once the bank and the factory have received their copies.

The top producing and, coincidentally, the most profitable dealers do things differently. They get input from their department managers -- a one-page question and answer form.

They produce a draft forecast and then sit down with each manager, or all of them at once, to get a commitment on the changes in process to achieve profitability.

The edited and final annual forecast is then divided up by month and the actual financial statement results are applied each month to show effort required or congratulations for achieving your expectations.

Depending on your individual fiscal year end, you may think that once the fiscal forecast is complete, it’s too late or inappropriate to conduct a forecast review at another time.

Many successful dealers have a non-calendar year for fiscal purposes and conduct a calendar year review for forecast purposes. That is their fiscal year end may be September, but forecast measurement is completed for January to December.

All publicly traded corporations produce annual and quarterly forecasts to let shareholders know how they are doing and where they are going. Why would you be any different?

A quarterly or bi-annual meeting to communicate results and expectations with departments or managers would be motivation in itself for staff to get rejuvenated for the next quarter or half year. We seem to be afraid to change an annual forecast (even if we know where it is), to reflect market condition changes.

Changes should take the form of reductions as well as increases in case you got sandbagged by a manager. The overall effect on your net profit will be minimal unless there are catastrophic events. The process of allowing changes to the forecast generates new interest from all managers. If the update involves all department staff, the new interest is generated globally.

If you are one of those dealers who has not bothered with a forecast before, it’s never too late to get started. To prepare a forecast in February, March or even July will result in improvement to your bottom line whenever it is started. Who said we couldn’t prepare a forecast for nine, five or even two months?

On the basis that we “shouldn’t expect what we don’t inspect,” there is never a bad time to prepare and communicate a forecast to our department managers.

So now, we’re starting a new year, do you know where your forecast is?

Roger Nickerson, dealer group moderator, is the founder and president of Dealer XL Inc, headquartered near Ottawa. He can be reached at rogernickerson@sympatico.ca or at (613) 222-0553. 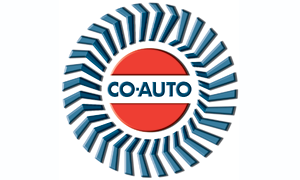 May 22, 2015 The Premier Publications Team Comments Off on Co-Auto has the answer to the high cost of car insurance