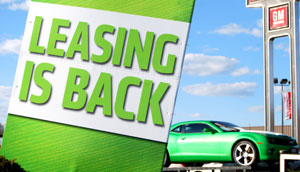 The sale of FinanciaLinx to General Motors Financial Company, Inc. formerly AmeriCredit Corp. was finalized on April 1 of this year. Eleven days later Howard Cobham, SVP of Dealer Services for Canada, and the team at the newly minted GM Financial of Canada expanded its national, full-line prime lease origination campaign to include Chevrolet and GMC, making the prime lease program available to all of the nation’s GM dealers from coast to coast.

Talk about speed to market.

It has been a winding road for AmeriCredit, now known as GM Financial. After reentering the Canadian market and re-establishing its nonprime business across Canada (excluding Quebec) in 2005, GM Financial was forced to wind down the originations side of the business in May of 2008 when the credit markets collapsed.

“Without access to stable funding, there was no ability to support dealers or finance paper,” Cobham said in an interview with Canadian AutoWorld.

Though the Peterborough, Ont. collection centre and its 379 employees carried on with the servicing side of business to support loan originations that had amassed in Canada previously, financing for GM Financial was effectively finished.

Fast forward to 2010 and General Motors is now in a much different position – a leaner dealer network in both the U.S. and Canada; a healthier bottom line thanks to the shedding of some bad debt; and a business model built around four, not eight brands.

With credit markets thawing in the U.S., General Motors announced last July its intentions to acquire AmeriCredit and dip its toe back into the leasing market.

The reformation of the originations business became a fast-tracked priority.

Weighing the options of either building a company from scratch, outsourcing or making an acquisition, Cobham said the latter was chosen as a means to most effectively enter the marketplace ahead of the spring selling season.

“At that point in time, we earmarked a couple of acquisition opportunities, eventually locking in on one in particular,” he said of the eventual purchase of FinanciaLinx. Choosing not to name the other companies on GM’s shortlist, he said the team is “years ahead” of where it would have been had GM Financial established a Canadian company from the ground up.

The deal also made fiscal sense since FinanciaLinx had started funding leases in Canada on Cadillacs and Buicks in early October, 2010. Buying the company (he noted the deal did not include the previously originated portfolio but rather the operating platform) simply gave GM Financial a “running start” considering the existing relationship.

Now with full-line leasing available to Canada’s over 475 GM dealers, Cobham said the appetite after just a few weeks has been “fantastic.”

“We’ve already seen a significant inflow of applications in just the first three weeks,” he said, noting that roughly 70 per cent of GM Canada dealers utilized the program in that time.

“We’re seeing activity across all model lines. It’s not just specific to Buick and Cadillac. And we have seen strong approval rates.”

Heck said a simple yet comprehensive media campaign declaring, “leasing is back” has backed the program in print, radio, TV and local dealer ad spots across Canada.

When asked if there were plans to build out the lending sphere and look at leasing for other automakers, he said they have not made any absolute decisions yet. He did note that given the fact GM Financial has been back in Canada just since April, it would be too early to make any definitive statements on that.

Heck said much of the prime leasing program in Canada has been modeled off GM Financial’s U.S. version. Running in 36 states as of June 1 and going national in a few months, the U.S. program, Heck said, is prime and near prime ..

Though the firm would not offer any specific volume goals yet, Cobham said the goal is to get all GM Canada dealers on board first and get a steady flow of application and funding activity taking place over the next few months.

“The key point is that our goal is to see steady ramp-up through year-end leaving them in a better position to define objectives going into 2012. It is a little early to predict what the take-up rate will be,” he said. “Right now we are looking to support GM and leverage our experience and resources to help GM finance more vehicles and grow its market share.”

The menu can’t sell itself

November 26, 2009 The Premier Publications Team Comments Off on The menu can’t sell itself