RED DEER, ALTA. – RIFCO is reporting a fifth consecutive year of profitability after revealing that in the fiscal year ending March 31, 2011, net income increased to $2.1 million from a little over $300,000 in the prior year.

That tally marked a 589 per cent increase.

RIFCO's revenue increased 46.9 per cent to $16 million from $11 million in the prior year.

Loan originations increased 52.5 per cent to $43 million from $28 million last year. That total comes as loan delinquency decreased to 1.85 per cent from 4.55 per cent in the prior year.

While the Canadian economy had been deteriorating for some time, RIFCO's credit performance remains improved and within our published targets.

F&I folks can take a guilt-free day off

April 11, 2011 The Premier Publications Team Comments Off on F&I folks can take a guilt-free day off 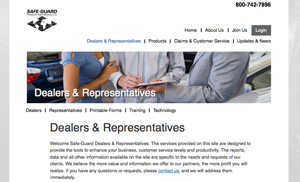