I think we can agree that the way customers react to various techniques, presentation media and their response to the overall F&I process has changed over the more than 40 years since F&I became part of dealership operations.

And the industry is constantly adapting and changing the way we approach today’s customer. That certainly applies to the F&I process.

You can find hundreds of online F&I suggestions and tips that can range from the sublime to the ridiculous. And there are an unprecedented number of software programs, electronic approaches and devices in the marketplace today, all fighting to be the next big thing in F&I.

“Double your F&I income by overcoming objections our way!”

“Show the customer our video while they are waiting, they’ll be ready to buy!” And so on.

But when you measure actual results you find that most of these ideas only work for a small percentage of the people who try them. It’s easy for an F&I manager to lose confidence when that great idea that is supposedly doing well for someone else doesn’t work for them.

Some business managers might question why something works for that guy and not them.

Beware of Anecdotal Evidence
Unsubstantiated claims or anecdotal evidence can be misleading. Take for example, the Clown Suit Close. A few years ago I was in one of our research dealerships on a Saturday when they were holding a customer appreciation day.

The activities and theme of the event were directed at the children of their customer base. It was a pretty clever idea because while the kids were involved in various games and activities, the adults were looking at cars.

He was a hit with the kids. However, he still had to process car deals that day. Even though he had to jump from children’s entertainer to F&I expert all while wearing the silly clown outfit, low and behold, his income that Saturday was over six hundred dollars more per unit than his average.

“I should wear a clown suit every Saturday,” he said at the end of the day while going over his numbers.

Now, if a clown suit company heard this, they could jump all over it and advertise that automotive business managers could increase income by $600 per unit by wearing a clown suit and cite this particular F&I manager’s results as evidence that it works.

They could claim anyone dressed in traditional business attire is falling behind the times.

I can see the ad mantra already: “Today’s customer expects you to entertain them.”

As silly as it sounds, the might sell a few dealers some clown suits.

Of course, if the vast majority of F&I managers signed on they would just end up looking like clowns. When a dealer asked why those expensive clown suits weren’t working for his people, the clown suit people could just say thing you might hear from some trainers or companies: “It works for that guy, why not for your people? They must be weak”.

The 90–10 Rule
I am always circumspect when expressing an opinion about what might work best for someone.

Even some of the least-effective ideas might work for somebody, somewhere. Trying new ideas is the core of process development. Trial and error and measuring results is how progress in achieved. But as part of that development, we have to be realistic and prepared to accept that some ideas just don’t work.

Since introducing the F&I menu concept in the early 1990s, we have tested and retested just about every idea or technique you can think of. I am often asked why our process is so different from much of the conventional training in the marketplace. It’s because 20 years of testing ideas and developing our process with hundreds of F&I departments around the country has taught us to focus on proven results in a broad base of real F&I offices.

And one of our core philosophies in adopting any technique, product or process is what we call the 90-10 rule.

We don’t measure theories or opinions. We measure results. For us to adopt any approach, technique or idea it must produce consistent, positive results for more than 90 per cent of a broad, closely monitored base of F&I professionals.

There are plenty of ideas or techniques that will work for a small percentage of the people who try them. But a process that works for over 90 per cent of those who use it is more difficult to produce because it takes time, testing and trial and error to develop.

Some Do, Some Don’t
We have found that there are some core principles that are common to successful processes and others that will not produce broad-based results.

Many of those principles can be quantified and measured. Our research and process development have shown that for any process to produce top F&I performance over a long period of time for that 90 per cent of F&I professionals, some elements need to be there.

The process has to be:

Easy – Both for the business manager and for the customer.
Simple – It has to be easily absorbed and understood by the customer immediately.
Fast – Customers don’t want to sit through, long-drawn-out sales pitches and time-consuming processes. They want to know their options, choose what they want and get on their way. And certainly, a common complaint of customers and sales departments is that the F&I process takes too long.

A Separate Process
I think we can all agree that today’s customer is more sales resistant than ever before. As a result, obvious sales tools and techniques are becoming less effective.

These processes can create the impression in the customer’s mind that F&I is just a continuation of the sales process meaning they stay in “negotiation mode” and react to the sales pitches with heightened sales resistance.

To evoke the positive, security and convenience driven motivators that create top F&I performance, the F&I process must be perceived by the customer as a separate function from the sale of the vehicle.

This can be accomplished through a systematic process and sequence of techniques.

I never discourage F&I professionals from trying something new. As a matter of fact, if they want to try a new gadget or idea, I ask them to measure the results and share them with us. But I also caution F&I professionals not to be disappointed when some idea or product doesn’t work for them.

If there’s an idea out there that’s working, we want to know about it. Remember, it will have to work for 90 per cent of the F&I professionals who try it. Otherwise, it will probably just end up in the closet with that clown suit.

George Angus has been referred to as the father of F&I menus. He has trained thousands of F&I managers and his popular “Saturday Morning Messages to F&I Masters” has over 11,000 subscribers. He now heads the Team One Group. For more information, contact visit www.teamonegroup.com or contact him at george@teamonegroup.com. 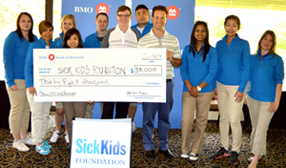