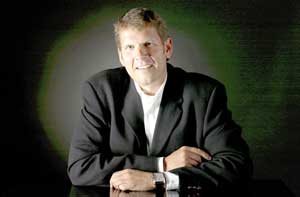 WALKAWAY founder and CEO Vince Beretta says he is participating in this year’s Ride to Conquer Cancer in memory of his late father, Alex.

“Twenty-two years ago my father was in the final months of selling the business he had built over the nearly 20 years prior,” Beretta wrote in WALKAWAY’s latest newsletter. “Two weeks after the deal closed he was diagnosed with cancer and surgery scheduled.”

Seven years post surgery, his father’s cancer reappeared and, following a “painful and debilitating” battle, it eventually took Alex’s life in late September 1998. He was 68.

He says his father’s fight highlights the war many are waging against cancer and hopes his participation in this year’s charity ride will help promote the importance of early screening and research for colon rectal cancer.

“I often wondered why dad fought so hard but I realized that, if nothing else, dad was a fighter and had that survivor spirit,” Beretta says. “Please support that spirit to fight and survive and be some of the fuel in my personal effort to fight for this cause; cancer can be beaten.”

The Ride to Conquer Cancer is a two-day cycling event from on June 12-13. Entrants will ride over 200 km from Toronto to Niagara Falls raising money that will benefit The Campbell Family Institute at The Princess Margaret, one of the Top 5 cancer research centres in the world.

May 22, 2013 The Premier Publications Team Comments Off on O’Kane absorbs client services operations at BMO RDF 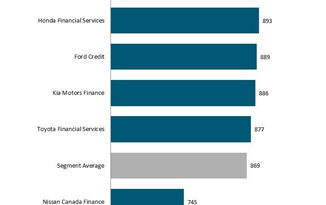 May 13, 2021 Tom Venetis Comments Off on Lenders Need to Evolve as Auto Sales in Canada Move Online, J.D. Power Finds

May 13, 2011 The Premier Publications Team Comments Off on Mazda Canada returns to leasing