In an ultra-competitive market, automotive dealerships and aftermarket shops are expanding the range of products and services they offer as they search for ways to attract and retain customers, according to the J.D. Power 2013 Canadian Customer Commitment Index Study.

The study, which measures the service behaviours, satisfaction and loyalty of owners of vehicles that are four to 12 years old, found that dealerships are adding service bays focused on providing quick oil changes.

Aftermarket shops that have traditionally focused on mufflers and brakes are adding oil changes and tire service to their services.

“There is a convergence going as the service departments fight for market share,” said J.D. Ney, supervisor of the Canadian automotive practice at J.D. Power. “Service providers don't want to give customers any reason to go anywhere else, so they're offering a full or wider spectrum of products and services to attract them and keep them coming back.”

“The study finds that owners take their vehicle to the dealership for the majority of their maintenance and repair work when it is new, but are increasingly likely to visit the aftermarket as the vehicle ages and the warranty expires,” said Ney. “Part of the reason for that is owners have a perception that aftermarket shops provide significantly cheaper service. However, while most owners find the cost isn't appreciably different, their satisfaction remains high. This would indicate the aftermarket is providing high-quality service first and foremost as well as doing a good job in terms of highlighting and selling the value of their work. “

The percentage of customers whose final invoice was on par with their expectations (a critical driver of cost-related dissatisfaction) differs between the dealership and aftermarket service options.

“When it comes to satisfying service customers, dealers arguably have more at stake,” the study said.

“Customers satisfied with their service experience are significantly more likely to buy the same brand the next time they purchase a new vehicle, something the aftermarket doesn't have to consider.”

NAPA AUTOPRO and Lexus dealerships tied for the top spot with aftermarket options taking three of the top five scores.

Chrysler came in last of all the automotive brands.

The 2013 Canadian Customer Commitment Index Study is based on responses from more than 21,600 owners in Canada whose vehicle is between four and 12 years old. The study was fielded in March 2013 and in June 2013. 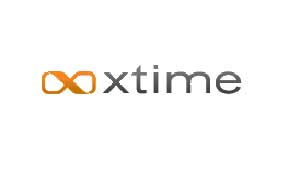