Is your service department running at capacity? Which tech is working the most efficiently? How much time do you waste transferring one service order through various departments?

The company says it hopes to further build on its success when it officially opens its doors to the Canadian market in the third quarter later on 2013.

Fordin said ASR Pro is already the approved service process for Toyota in the U.S. and will soon be found in all 600 U.S. Subaru dealerships when it arrives under the name ‘Subaru Inspect Connect’ later this year.

A customer request for a service order does not necessarily mean that only the highlighted area needs repair.

“We see a lot of one-line repair orders and that one line is what the customer came in and brought up,” he said. “Typically, these mechanical vehicles have a lot of other opportunities to sell repairs.”

He said that if a vehicle is inspected thoroughly, should the need for work surface, if it is presented to the customer in an educational and easily understandable fashion, dealerships can vastly improve their gross total sales while increasing customer retention and satisfaction rates.

Based on the idea of incorporating service functions on a single software platform, ASR Pro says it looks to connect the department under a single workflow process.

He said a technician report increases the efficiency and transparency of the time and labour involved in each repair.

Service managers can measure the effectiveness of their techs side-by-side, day-by-day, or by total sales force.

A built-in call centre also helps encourage customers to explain why they declined the recommended service.

“It doesn’t matter what the issue is, there is always something a dealership can do to help the situation,” Fordin said. Presenting customers with an optional service lane walkaround at the beginning and a transparent vehicle assessment at the end that includes the functionality of each part is also part of the ASR Pro system.

“Rather than having a service advisor try and sell a customer on work, we are taking the approach that if we educate the customer, [they] will make a good decision.”

A complete parts and labour price guide is also included with the system.

“We want to legitimately put in front of the customer the condition of the car,” said Akey. “A lot of the time when cars come in they don’t need anything and that also builds credibility and trust…the times that they do come in and need something, it is certainly more credible when we recommend it.” 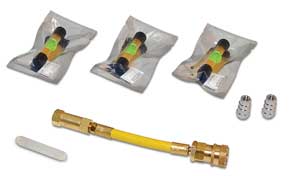 Are you losing out on collision cash?

October 12, 2011 The Premier Publications Team Comments Off on Are you losing out on collision cash?