DesRosiers Automotive Consultants said the first eight months of 2017 have set a torrid pace with more than 1.4 million vehicles sold. That number represents a 5.3 per cent increase over the same period last year, itself a record year.

“We have a shot at hitting the 2 million mark for the first time with our current SAAR being close to 2.05 million units,” DesRosiers wrote in his monthly sales missive.

Figures also show there is no slowing down the light truck contingent as larger vehicles continue to beat passerger cars month after month.

The monthly winners were a wide mix of brands with General Motors up 28.5 per cent, Volkswagen up 71.9 per cent and Audi up 26.8 per cent as both of the latter brands seem to have shaken off the bad press earned through dieselgate.

Subaru another record month up 9.7 percent and now up 9.8 percent YTD while Kia posted a 15 per cent gain in August and 4.8 per cent YTD.

Underperformers included FCA with a dip of 9.2 per cent, Ford down 5.9 per cent and Hyundai down 10.9 per cent.

The story here mirrored much of the broader narrative as global car sales remain on target to set an eighth consecutive annual record.

According to a Scotiabank Economics report released in late August, this represents the longest auto industry up-cycle of recent decades and reflects a broad-based strengthening in economic activity across all regions over the past year.

“In fact, the global economy is currently expanding at the fastest pace in more than two years, and this is leading to a re-acceleration in global sales from the moderating trend that had been in place since the partial phase-out of a sales tax incentive in China late last year,” the report said.

During July, global volumes advanced three per cent year-over-year, up from a flat performance in the second quarter.

While the auto industry is cyclical, declines in global car sales have historically only occurred during economic downturns, such as in 2001 and 2008/09. Outside of those years, global auto sales have consistently moved higher.

May 3, 2022 Tom Venetis Comments Off on AutoCanada Acquires Porsche of London and Audi Windsor 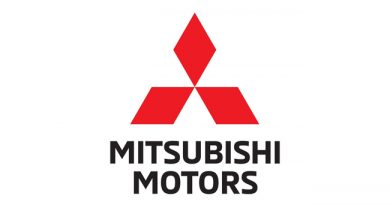