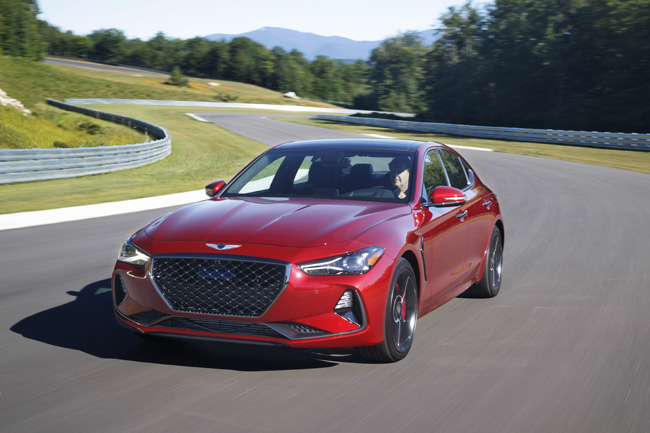 The Genesis G70 was awarded the title of 2019 North American Car of the Year (NACOTY) during an opening morning press conference at the North American International Auto Show in Detroit.

“At Genesis, our brand and products must perfectly match our customers’ lifestyles, mindsets, and desires,” said Manfred Fitzgerald, executive vice-president and global head of the Genesis brand. “With G70 – which balances luxury with practicality and a sporty focus with elegance – we are seeing validation of our efforts in markets across the world. And now, on behalf of the entire Genesis brand, I’d like to thank the North American Car of the Year jury for taking the time to experience our design and engineering teams’ intent.”

“We’re honoured that G70 has been so well-received, delighting our customers and the media alike since its launch in Canada last May,” added Richard Trevisan, brand director of Genesis Motors Canada. “Having now earned this most prestigious of awards, the team at Genesis is more optimistic than ever about our brand’s bright future. We look forward to getting more Canadians behind the wheel of the exceptional G70 this year.”

“The Genesis G70 is a game-changer for the sedan market,” said Lauren Fix, president of the North American Car and Truck of the Year (NACTOY) committee. “G70 is a sophisticated, impressive vehicle that delivers an inspired driving experience, safety, and technology at a reasonable price.”

The NACOTY award is bestowed annually upon the car that achieves benchmark status based on innovation, design, safety, handling, driver satisfaction, and value for money. This year’s jury of 54, of which 8 are Canadian, represents legacy newspapers and magazine experts, broadcast veterans, digital columnists, and freelancers.

The G70 is the third of six new Genesis models to debut by 2021 and is the final sedan of the lineup.