MARKHAM, ONT. – Acura has taken the unusual step of publicly revealing its Canadian brand strategy for the next two to three years.

At a media briefing at its Canadian headquarters in Markham, Ont., Honda Canada executive vice-president Gerry Chenkin explained Acura is preparing to reassert itself as a force in the luxury segment in Canada.

Chenkin said the firm opened it doors a quarter-century ago with two products, the Acura Legend and Integra. Both hit a sweet spot with North American buyers.

Honda was the first Asian brand to start a “second channel” or luxury division.

It reasoned that loyal Honda buyers were getting older and richer and wanted more luxury, so why shouldn’t a company that owners knew and trusted supply it?
But over the years, many other luxury brands have followed and the choices of luxury and near-luxury cars now runneth over.

Making things worse was the global economic meltdown followed by the earthquake and tsunami in Japan and the flooding in Thailand that crippled specific areas of Honda production.

Chenkin said Acura has looked deeply into itself and established a new strategy, the start of which is setting the target of 20,000 vehicle sales in Canada for 2012.

Dubbed “Man-Machine-Synergy,” the strategy is the core concept of the new direction.

On the man-machine part, Roger said a Formula 1 driver is capable of using 100 per cent of this skill to get 100 per cent of out their car.     While Acura is building street vehicles which can be used at up to 100 per of their capability, the average driver’s skill allows them to use only 60 per cent of what is available from the car.

Under Man-Machine-Synergy, Acura will be creating cars that supplement a good driver and “can actually make the driver better.”

Another cornerstone is the Concierge Experience that Acura intends to establish as its new standard in customer service. This will start with several new vehicles over the next few years according to Emile Korkor, Acura Canada senior product planner.

The first will be the next-generation RDX compact luxury crossover. Described as “evolutionary,” it will be longer and wider and powered by a V6 instead of the current turbo four-cylinder.

Plans are to sell 4,000 in Canada in the first year of production.

Next up will be the ILX sedan targeted as the “near premium” segment, much as the current CSX does. He said it will not be a “boy racer vehicle” and will be powered by three engines, a 2.0-litre, 2.4-litre and a 1.5-litre hybrid.

Third is the much-anticipated NSX seen in concept form at the North American International Auto Show in Detroit and expected to be unveiled in April at the New York Auto Show.

Like the first NSX launched in 1991, it will be mid-engined with a V6 and incorporating everything the automaker learned over the years from the racetrack. Drive will be to the rear, but the front wheels will each have a separate electric motor that can make each wheel go faster or slower going into a corner thus markedly increase traction.

Acura is also planning a sport hybrid sedan with Super Handling All-Wheel-Drive. It will feature a seven-speed dual clutch transmission with an integrated 34 kW electric motor with two electric motors in the rear supplementing drive to the front wheels.

Lastly, Acura has been basically without a flagship vehicle since the current topline RL is seen as underpowered and bland in appearance.

That will change with a concept to be shown at the New York Auto Show. It will have an interior larger than a BMW 7 Series but with “mid-size agility.”

Korkor said the overall design language will not be flashy but more in line with what he called “timeless beauty” that does not age five or six years later.

Ford And VW To Deepen Ties On Work For EV, Autonomous Vehicles

July 12, 2019 Tom Venetis Comments Off on Ford And VW To Deepen Ties On Work For EV, Autonomous Vehicles

June 1, 2020 Tom Venetis Comments Off on Cox Automotive Forecast: U.S. Auto Sales Begin to Rebound in May as Markets Reopen 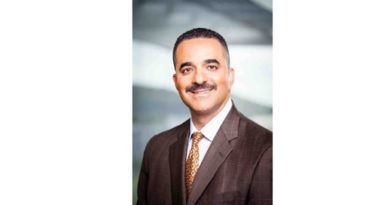