ALG, a subsidiary of DealerTrack Holdings, Inc. announced its second annual Canadian Residual Value Awards, honoring mainstream and luxury brands as well as the vehicles in each segment that are predicted to retain the highest percentage of their original price.

This year’s awards are based on 2010 model year vehicles. The ALG awards are derived after study of segment competition, historical vehicle performance and industry trends, and are based on analysis using only Canada-specific data, the company said in a release.

“Subaru has blazed its own trail since arriving in the Canadian market,” said Matt Traylen, ALG’s chief economist.  “Subaru’s signature boxer engines and standard all-wheel drive, as well as its solid reputation for quality, give the brand an image of ruggedness and independence and contribute to remarkable owner loyalty.  The recent redesign of its three core models and restrained incentives also helped Subaru jump to the top of the rankings.”

For the second year in a row, Infiniti, the luxury division of Nissan Canada, has won the Luxury Brand Canadian Residual Value Award. Infiniti has one of the newest vehicle lineups and with its core model, the G37, refreshed for 2010, it continues to offer great value to consumers in the luxury market.

Mr. Traylen commented, “With generally more powerful engines and lower pricing than its European rivals, Infiniti has pursued the kind of value strategy that helps to give its brand a strong long-term foundation.  By augmenting its lineup with all-wheel drive vehicles, it’s expanded its presence across the luxury market.” 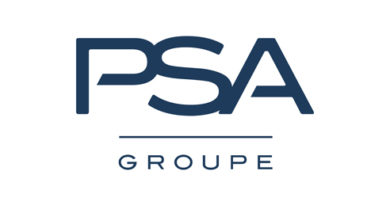 Groupe PSA To Launch Peugeot Brand Into U.S. And Canada

February 26, 2019 Tom Venetis Comments Off on Groupe PSA To Launch Peugeot Brand Into U.S. And Canada