U.S. vehicle sales continue to rise from the depths they reached during the recession. But the Japanese earthquake and tsunami have disrupted production at Canadian automaking plants, which could lead to rising prices for consumers as vehicle inventories dwindle, according to The Conference Board of Canada.

It its Canadian Industrial Outlook: Canada's Motor Vehicle Manufacturing Industry-Spring 2011, the board says that following three years of losses, automakers finally posted a small profit in 2010.

“Despite the supply disruptions caused by the Japanese earthquake, profitability will increase this year thanks to rising U.S. demand - Americans have not ended their love affair with cars,” said Michael Burt, associate director, industrial economic trends.

The Canadian auto assembly industry can expect to post profits of almost $1 billion in 2011, an increase from $114 million in 2010. Industry revenues shot up by 29 per cent last year, and will rise another eight per cent in 2011.

After the industry slashed costs during the recession, expenditures are expected to rise slower than revenues, leading to an improved bottom line.

Driving revenues higher will be a continued recovery in U.S. light vehicle sales. An estimated 84 per cent of Canadian-assembled vehicles go to the United States, and sales there are on pace to exceed 13 million units in 2011. Although well above 2009 lows, there is still significant room for growth. Normal market conditions would see sales in the range of 16 million units per year.

The tragic earthquake and tsunami in Japan hit Canadian Toyota and Honda plants particularly hard. In the second quarter of 2011, Toyota slashed production by a startling 56 per cent and Honda cut production by 31 per cent due to the difficulty in obtaining parts. Primarily as a result of the production shutdowns, the Conference Board expects production to increase by 11.8 per cent in 2011, down from 15 per cent in the Board's Autumn 2010 forecast.

The production slowdown will be temporary - supply should return to more normal levels later this year.

For consumers, one effect of the Japanese earthquake is likely higher prices, as Toyota and Honda attempt to conserve their vehicle inventories. The Detroit Three automakers - which are less affected by the supply chain disruptions - may have an opportunity to gain additional market share among car buyers.

For parts manufacturers, the jump in demand and significant cost restructuring led the industry to a $255-million profit last year—the first profitable year for the industry since 2007.

Despite the current turmoil in the industry, strong gains in production in the second half of the year will lead to a profit of about $455 million in 2011. Canada's cost-competitiveness, however, is eroding because of the strong dollar. As a result, profit margins will remain below their pre-recession levels through the forecast period. 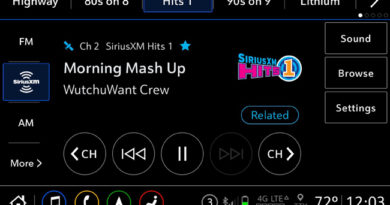