Chrysler Group has appointed Reid Bigland to head the reentry of the Alfa Romeo brand in North America. Bigland, who previously head of Ram for the automaker will continue on as head of U.S. sales and as president and CEO of Chrysler Canada.

Bigland’s shoes at Ram are being filled by Robert Hegbloom. The moves are effective immediately.

“I am delighted to be able to announce these appointments. Reid has demonstrated exceptional leadership skills in managing Chrysler’s consistent rise in sales and market share in both Canada and the U.S.,” said Sergio Marchionne, Chrysler and Fiat CEO.

“The addition of Alfa Romeo to his portfolio of responsibilities is an indication of how committed we are to the establishment of this brand in the North American market, a process that has already started with the introduction of the Alfa Romeo 4C. Much more is expected from this brand in the next few years as outlined in our five-year plan presented on May 6, 2014, and Reid’s seniority and experience are ideal for the significant task that is now getting underway.”

Marchionne said these appointments are a clear reflection of the value Chrysler place on people development and the nurturing of leadership skills.

“Both Reid and Bob have grown tremendously as leaders in the last five years, and the time has come for them to have expanded leadership roles.”

Hegbloom previously served as the director of Ram. He has held a series of positions with increasing responsibility supporting the Company’s truck brand. He joined Chrysler in 1986. 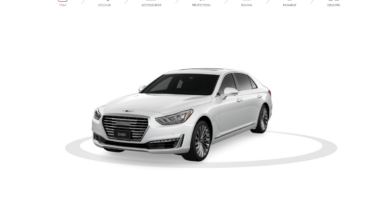 July 15, 2015 The Premier Publications Team Comments Off on Volvo Cars acquires 100% of Polestar