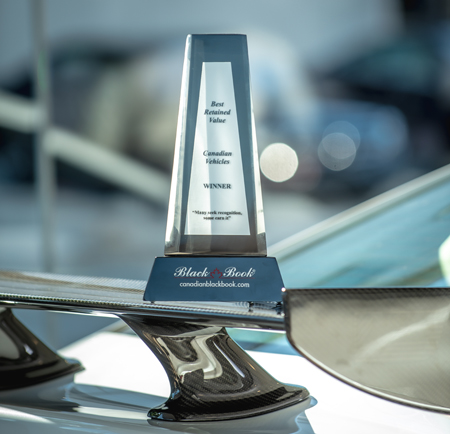 The previous record year was in 2018, which saw 53 per cent value retention across all 2014 vehicles in Canada. Last year’s awards also proved strong at 52 per cent industry average, now standing at third all-time.

“Overall we are seeing a very positive trend in vehicle depreciation over the past few years. That is simply to say, in general, vehicles today are better at holding value than they were in years past,” said Brian Murphy, vice-president Research and analytics at Canadian Black Book. “Our Best Retained Value Awards are our way of making these trends in depreciation public knowledge.”

The Canadian Black Book Best Retained Value Awards quantity retained value for every model of four-year-old vehicles in Canada, in 23 segments. There are also three ‘Overall Brand Awards’, presented to OEMs that hold the most value amongst their full product line. For 2020 the ‘Overall Brand Awards’ for Car go to Toyota; for Truck to Toyota; and for Luxury Brand to Porsche.

“Our awards can help Canadian consumers to make educated vehicle purchase decisions by illustrating which brands and models hold value the best,” added Murphy. “This is crucial information when considering what to budget for, negotiating a loan, knowing the value of your trade-in or understanding the equity position of an existing vehicle loan.”

Canadian Black Book’s motivation for publishing these awards is to remind consumers that depreciation is by far the number one cost of vehicle ownership, more than fuel, insurance or maintenance.

This year’s awards point towards positive signs for EVs. This segment has only been measured in the awards for two years. The winner in the ‘Zero Emission’ category was the Ford Focus, holding 51 per cent of its MSRP, higher than winners in other categories. Across the category all models on average held 45 per cent up a percentage point from last year. As a new technology, EV’s initially lagged in terms of retained values, however, as more selection has become available the market, consumers are becoming more comfortable and EV retained values are strengthening.

Leading the way, as in every previous year, with the most Awards is Toyota/Lexus with 9 Category wins, slightly off pace versus 2019, where the Japanese automaker won 12. Porsche and Mercedes-Benz each secured four wins; followed by Honda with three versus last year with none; FCA and Ford both locked up two trophies; and GM captured one award.

For 2020 the vehicle that held the most amount of MSRP over the last four year is the Toyota Tacoma at 77 per cent, in the ‘Small Pick-up’ category. This win for the Tacoma is the 11th straight victory, which is also the longest win streak of any vehicle since the awards began. The Tacoma was followed closely by the Mercedes-Benz GLE-Class in ‘Full-sized Luxury Crossover/SUV’ at 75 per cent of original MRSR. Both models unseated the Jeep Wrangler at 73 per cent in ‘Compact Crossover/SUV’, a model which for many years has held the honour of highest retained value and smashed the all-time record in 2018 holding 91 per cent of its MRSP.

The Ford F250’s win in ‘Full-sized Truck’ for the first time ever, upset the reigning champ Toyota Tundra, after 10 years on top. The Toyota Avalon wins four straight giving it nine wins in the past 11 years; Toyota’s Sequoia wins its eighth award in the last 11 years; while the Porsche Panamera secures its seventh straight victory.

“Canadian Black Book would like to extend sincere congratulations to all those winners of the 2020 Best Retained Value Awards,” said Murphy. 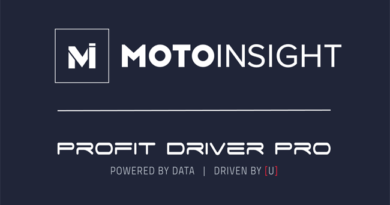 The price of fuel and its influence over Canadian dealership activity

August 18, 2010 The Premier Publications Team Comments Off on The price of fuel and its influence over Canadian dealership activity