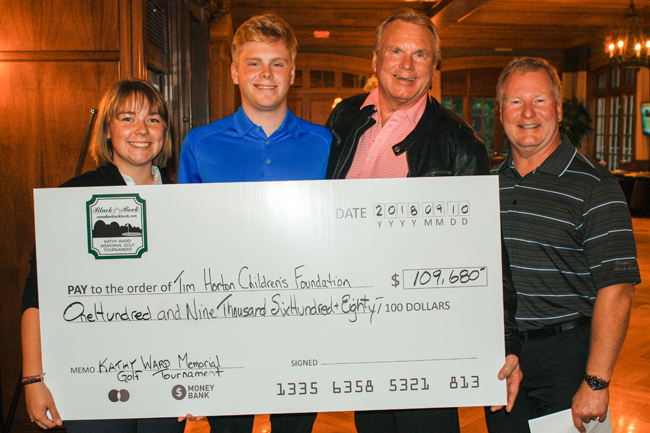 The annual event was named in honour of the host’s former long-time CEO.

Since inception in 1997, the tournament has raised over $500,000 for the charity of choice of the late Kathy Ward. Kathy’s husband Harm DeJonge and their son William DeJonge-Ward, committed generously earlier in the year to match any donations made in her name, up to $50,000. Between the tournament itself, website donations and money raised by the TADA (Trillium Automobile Dealers Association) at its golf tournament in August, Harm and William’s contribution was maximized, making this an exceptional year for donations to the foundation.

“I really don’t have the words to express how thankful we are at Canadian Black Book in recognizing how giving the auto industry has been this year towards Kathy’s charity of choice,” said Brad Rome, president, Canadian Black Book. “All the golfers, the TADA, Harm and William, really stepped up and provided donations that are not only welcome, but really unprecedented for our fundraising efforts to date.”

The Canadian Black Book, Kathy Ward Memorial Golf Tournament was held at one of Canada’s premier private golf courses, Magna Golf Club in Aurora and hosted 120 golfers from the auto industry from across Canada.  The tournament was sold out once again and played on Monday September 10th, in extremely rainy and windy conditions.

“William and I are committed to honouring Kathy’s ambition to send over 1,000 under privileged kids to Tim’s camps,” said Harm DeJonge. “With the support of Canadian Black Book, all of its affiliates, sponsors and the drive of all of the golfers, we are more than half way there to fulfilling Kathy’s ambitions. Still a way to go, but thrilled that the tournament participants were there to share in Kathy’s dream and be part of that dream.  Let’s continue to fulfill her dream.”

“Kathy was a great friend to me and the TADA.  It was our honour to focus our fundraising on a cause so close to the heart of one of Canada’s auto industry icons.” said Todd Bourgon, executive director, TADA.

The winning foursome team in the scramble format tournament were Martin Douglas, Mark Would, John Christianson, and Omar Khan, who carded an under seven.
As in previous years, the tournament’s partner sponsors were Bank of Montreal, Royal Bank of Canada, Scotiabank and TD Canada Trust. 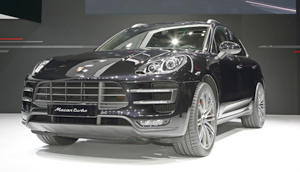 November 20, 2013 The Premier Publications Team Comments Off on Porsche reveals Macan in LA

New man at the top for Porsche Canada

November 27, 2017 Jackson Hayes Comments Off on New man at the top for Porsche Canada