The 2022 Best Residual Value Awards recognize vehicles which are expected to hold the highest value of their original MSRP 48 months after the original date of purchase. These awards are presented in 21 categories of cars, trucks, SUVs and EVs.

Conversely, the aforementioned, well-known, annual Best ‘Retained’ Value Awards measure how much of a vehicle’s original MSRP it holds after four years of ownership. In short, ‘Retained’ awards measure value held from the past and the new ‘Residual’ awards measure values held into the future.
“Due to our position as a leader in wholesale and residual value data and analytics, the Residual Value Awards were the logical next step for us and the industry” said Yolanda Biswah, vicep-president, and general manager of Canadian Black Book. ” The company’s values are based on art, science, and an unbiased approach, and these Awards reflect that formula.”

To qualify for a Residual Value Award, the vehicle must be on sale by January 1st and included in the January /February Canadian Black Book Residual Value guide. Value forecasts are based on 48 months of age with an annual average of 24,000 KM driven.

The inaugural awards feature nine category wins by domestic auto makers, seven by Japanese OEMs, three by Korean OEMs and two by European OEMs.  Toyota (including Lexus) leads the way with seven category wins and twelve overall mentions (first, second or third place). GM is second with six wins and seven mentions total; Ford and Kia each won two Awards and three mentions; Stellantis has one win and 5 mentions; and Hyundai and Volvo each enjoyed a victory and two mentions.

The ‘Overall Brand’ winners for best residual values in ‘Car’ is Toyota; in ‘SUV/Truck’ is Cadillac; in ‘Luxury’ is Lexus; in ‘Zero Emission Vehicle (ZEV)’ is Kia; and for ‘Most Improved’ is Cadillac.

Comparisons can be made between the new ‘Residual Value Award’ and the recent ‘Retained Value Awards’ from November 2021. For example, the Toyota Tacoma won for Retained Value last year, and also wins this year’s Residual Value Award in the Small Pickup category and has the highest residual value forecast of all models. Similarly, that vehicle had the highest retained value as well. The Chevrolet Corvette, which took top spot in Sport Car: Luxury, was second for most expected residual value as well as second for most retained value.

The inaugural awards show some interesting new storylines. Kia, having not won any past Retained Value Awards from Canadian Black Book, has won two Residual Value Awards: = Overall Brand Award for ZEV and EV Car Below $45k (for the Kia Soul). Hyundai is also a first-time winner of any CBB award, with first place for the Hyundai Ioniq 5 in EV SUV Below $45k. The new Ford Bronco brings back its iconic model with a win in SUV: Main Mid/Full. 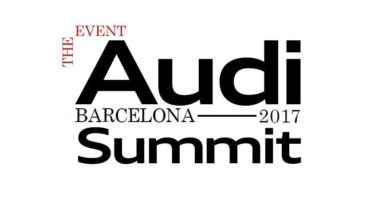 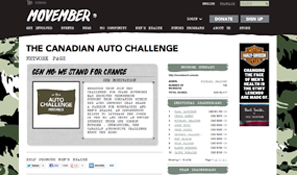