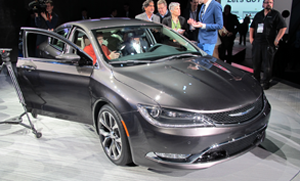 It started with the rollout of the 2015 Corvette Z06, the most powerful Corvette ever produced for the street. Chevrolet says the Z06 is a true supercar with performance similar to Ferrari and Lamborghini.

It is powered by a supercharged 6.2-litre “small block” V8 producing more than 625 hp and 635 lb/ft of torque. It comes with a choice of a seven-speed manual or eight-speed automatic transmission.

The ZO6 is expected to be available about this time next year.

Earlier on day one of media reveals at the Cobo Center in Detroit, Chevrolet learned that the 2014 Corvette Stingray had been named North American Car of the Year while the Silverado pickup was named Truck of the Year.

Detroit also saw the debut of the Cadillac ATS Coupe, the brand’s first entry into the compact luxury coupe segment.

With a choice of rear- or all-wheel-drive, the ATS Coupe comes with either a 2.0-litre turbo four-cylinder or 3.6-litre V6.

GM also revealed its 2015 GMC Canyon mid-size pickup, which will come with two gasoline engine options, followed by a diesel in 2016.

At the Ford area, it was all about the 2015 F-150 light duty pickup that remains not only Ford’s biggest selling vehicle but the top-selling pickup for four decades.

Among the four engines offered is a new 2.7-litre V6 EcoBoost with standard Auto Start/Stop that helps save fuel. The 2.7-litre and 3.5-litre EcoBoost V6 engine are fitted with active grille shutters that are open when cooling is needed but close at higher speeds to reduce drag.

The Chrysler 200 mid-size sedan revealed in Detroit will be offered with a nine-speed automatic transmission that, when mated to a 2.4-litre four-cylinder engine, will get an expected 5.7L/100 km highway fuel consumption rating.

Starting price will be $22,495 for the base model but there will also be the 200S version with significant trim enhancements.

Chrysler’s Mopar division has its biggest ever display in Detroit called the Mopar Custom Shop that gives buyers the choice of customizing their Chrysler Group vehicle prior to delivery.

Mopar’s catalogue of parts and accessories has been growing rapidly and is adding nearly 1,500 new items annually. 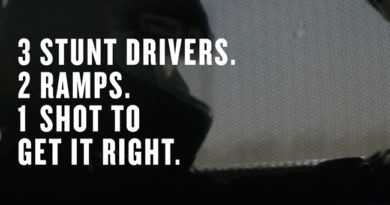