Chrysler Canada says it is chopping overtime at its Brampton, Ont. plant in a move to conserve parts after the disaster in Japan.

The decision to cut production at the plant, which makes the 300, Dodge Challenger and Charger, is the first potential sign of a parts shortage for Chrysler related to the Mar. 11 earthquake and tsunami that battered the northeastern coast of Japan, damaging production lines.

A parts shortage did force the Pentastar brand to idle its Windsor minivan plant earlier this week, but automaker sources say that move was unrelated to the problems in Japan.

Chrysler also said it would be cutting overtime at production facilities in Mexico.

According to The Canadian Press, temporary shutdowns of Toyota’s two southwestern Ontario assembly plants would likely happen this month.

“We do anticipate some non-production time in North America, but the location, timing and duration are unknown for now,” Pat Clement of Toyota Canada told the news agency.

In an interview with Canadian AutoWorld on Tuesday, Lara Brown of Mitsubishi Motor Sales of Canada said production at its Normal, Illinois facility is continuing on a regular schedule.

“We are receiving daily updates about the situation in Japan, but so far, we are in good shape,” she said. 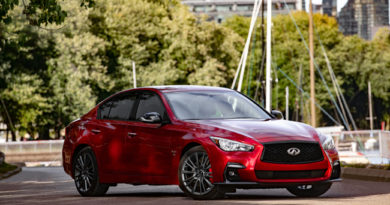 September 10, 2014 The Premier Publications Team Comments Off on The Cruze, GM’s world car